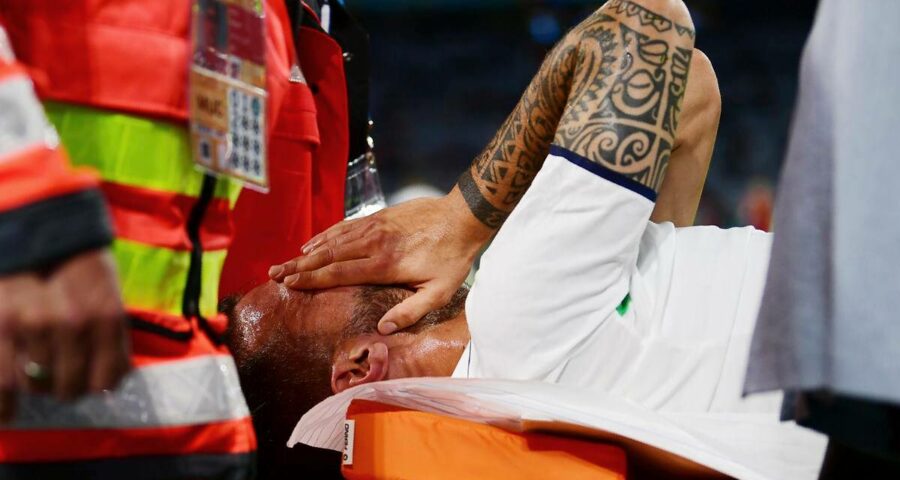 Leonardo Spinazzola could miss the rest of the European Championship because of injury. 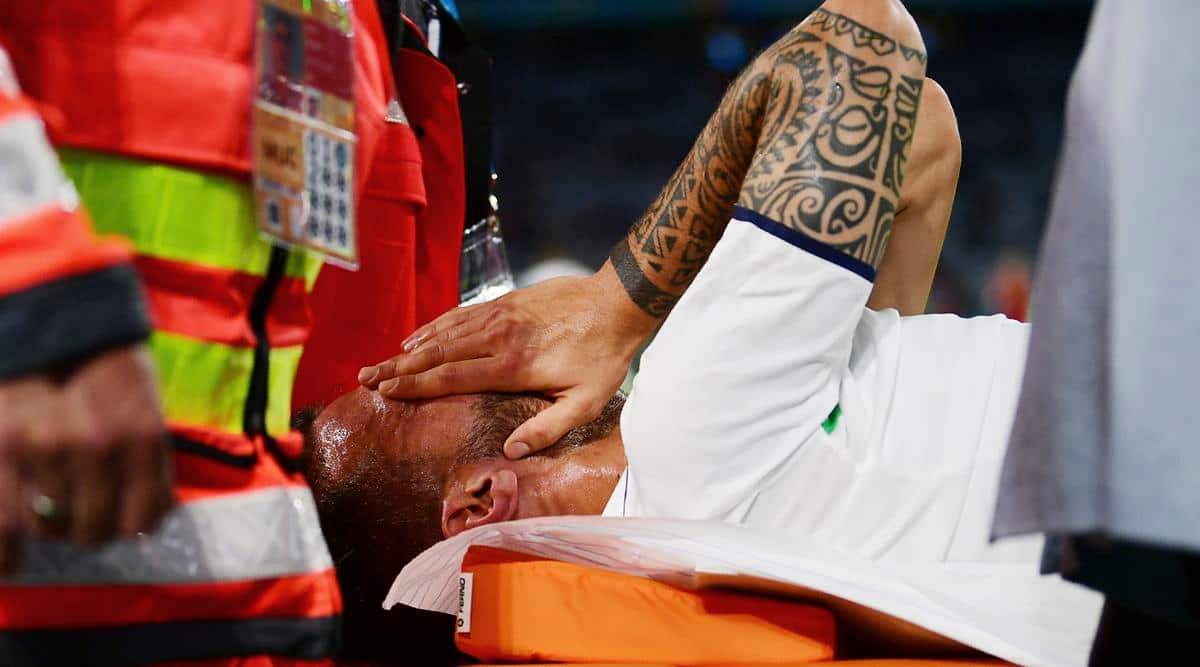 Italy defender Leonardo Spinazzola could miss the rest of the European Championship because of injury.

Spinazzola was taken off the field on a stretcher in the 79th minute of Italy’s 2-1 quarterfinal win over Belgium after pulling up sharply while chasing the ball.

The 28-year-old writes on Instagram “Unfortunately we all know how it went but our blue dream continues and with this great group nothing is impossible.”

Italian media reports that Spinazzola has traveled to Rome for tests.

Italy will next play Spain in the semifinals on Tuesday at Wembley Stadium in London.

Meanwhile, the last two quarterfinal matches are on the schedule and the two winners will be heading to London.

Denmark will take on the Czech Republic in the early game in Baku and England will face Ukraine in the late match in Rome.

England played its first four matches at Wembley Stadium and could play in the semifinals and final at its home stadium if the team gets that far.

Spain and Italy both advanced to the semifinals on Friday. They will meet on Tuesday for a spot in the final. The second semifinal match will be on Wednesday.

The final is scheduled for July 11.