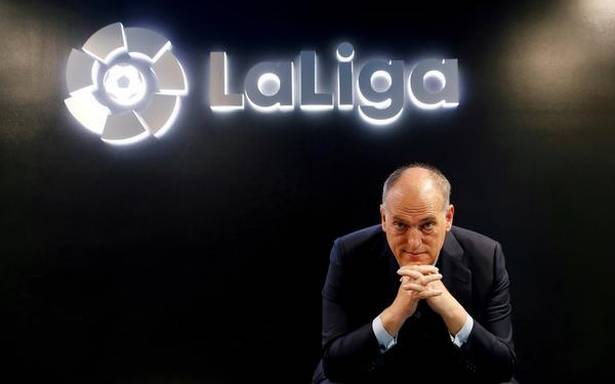 Real, Barcelone and Athletic voice their dissent and choose not to join

The majority of Spanish league clubs approved a multibillion-dollar deal with an investment fund after giving Real Madrid and Barcelona the option not to participate.

The league said 38 of the 42 clubs from the first and second divisions in Spain voted in favour of the deal with private equity firm CVC, which is intended to boost the clubs’ finances and help the league cut into the Premier League’s global dominance.

The agreement could bring in up to €2.7 billion to the league.

Madrid and Barcelona said that although the deal would inject a significant influx of cash in the next three years, the agreement would hurt the clubs’ income from broadcast rights in the long term as they would be tied to it for the next 50 years.

“Barca, as well as Real Madrid and Athletic Club, the three first division clubs that have not signed the agreement, defend their membership and assembly-based ownership systems, with boards of directors chosen by their members for limited mandates,” Barcelona said in a statement.

Athletic released a statement saying the deal presented too many “risks” that could affect the club’s future. It said this kind of agreement shouldn’t have been put up for approval just before the start of the season.

Spanish league president Javier Tebas said he estimates the value of the league’s broadcast rights to increase by 30% within the next decade thanks to the CVC deal.

He said the opposition by Madrid was “clearly” related to the proposal of a European Super League, which failed earlier this year.

“This infusion of money in the league is not good for the type of competition that (Madrid president) Florentino (Perez) wants to create,” Tebas said.

Madrid, Barcelona and Juventus are the only three clubs that still haven’t fully given up on the idea of the Super League, which would involve only the top European clubs and could weaken the domestic leagues.

Madrid and Barcelona had already said they planned to take legal action against the league and CVC if the deal was approved by Thursday’s general assembly.

Madrid noted that both the Italian and the German leagues refused the deal with CVC because they felt it undervalued their leagues.

The Spanish league was valued at €24.2 billion in the deal with CVC, which used to own Formula One and has been involved in other endeavours related to sports.

The valuation would not change if Barcelona and Madrid opted out, the league said, though the amount of the investment would be reduced to about €2.1 billion as the clubs who opted out would not receive any funds.

“It’s surprising that Barcelona doesn’t want €275 million euros,” Tebas said. “We don’t have to force anyone into a deal like this. What is important is that the other 38 clubs are very happy with it. The league is above the clubs, it will keep growing.”

Tebas said the deal might have helped Barcelona secure a new contract with Lionel Messi had the club accepted the agreement.

He said it “hurts” to lose Messi but he said the league has worked hard to make sure the value of its audiovisual rights are not effected by the departure of players.

“We always want the best players in the Spanish league,” Tebas said.

“Neymar left, Cristiano Ronaldo left, Messi left. They matter, they help, but they are not indispensable.

“We will keep growing and I have no doubt that we will move closer to the Premier League despite not having Messi.”

As part of the agreement, CVC would have a share of about 10% of the league’s revenues and a stake of 10% in a new commercial entity. The clubs would receive 90% of the money paid by CVC, with 70% aimed at long-term investments. Some of the money would also go toward paying off debts and increasing their spending limits on players and coaches.

The league said CVC will not have control of the management of the competition, or the sale of its broadcasting rights.