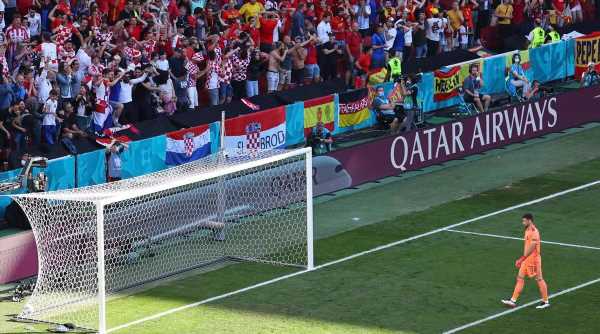 Spain goalkeeper Unai Simon failed to control a back pass in the 20th minute and the ball trickled slowly into the net. 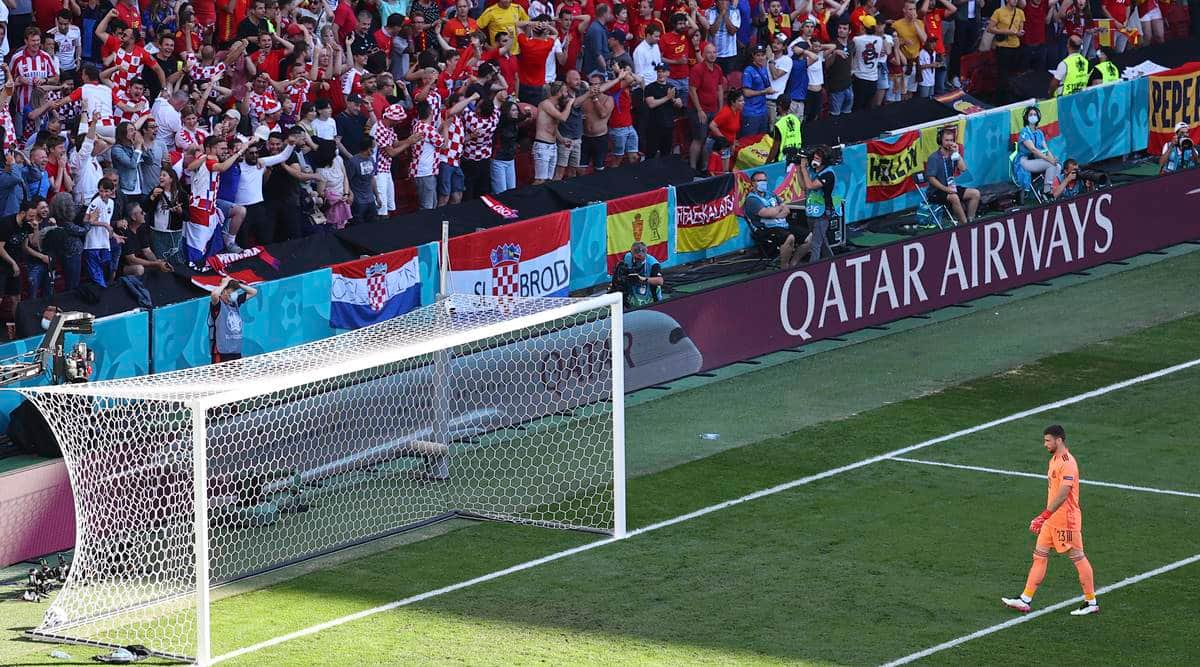 Spain scored a bizarre first-half own-goal against Croatia in the round of 16 of the European Championship after a massive blunder by goalkeeper Unai Simon.

Simon failed to control a back pass in the 20th minute and the ball trickled slowly into the net.

Spain had dominated play until then but the goal gave Croatia a 1-0 lead.

Meanwhile, unbeaten and underestimated Sweden has quietly progressed into the round of 16 at the European Championship with a coach who says he no longer yells at players because it doesn’t make them better.

The Swedes will next face Ukraine in the quarterfinals on Tuesday in Glasgow.

Sweden coach Janne Andersson says “to yell at people is rarely something that helps them so I don’t believe in that way of working.”

He says he prefers to “explain to them where they are doing things wrong and how they can improve.”

Andersson did have a confrontation with the Poland coaching staff during Sweden’s 3-2 win last week. Andersson says to yell at opponents is “a different thing.”