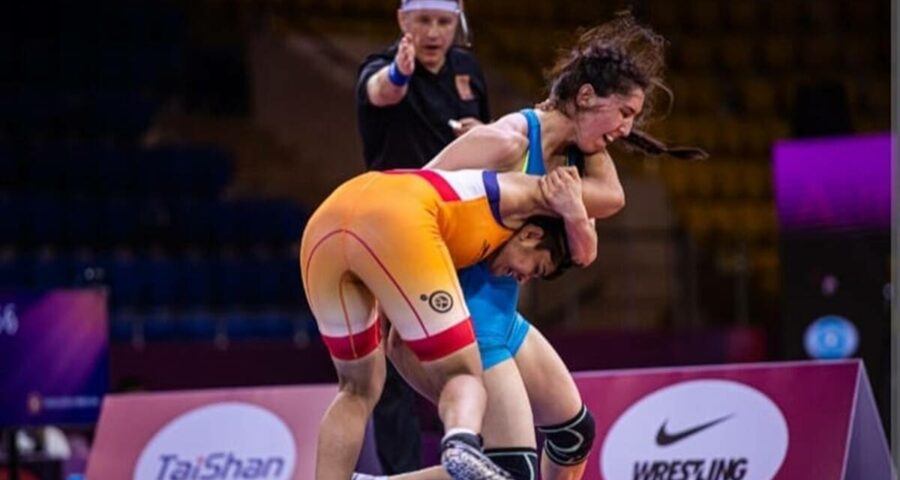 It did not take the 19-year-old long to earn a reputation of being a slayer of Rio Olympic medallist Sakshi Malik as Sonam has made the 62kg category her own and is now gearing up to compete at the biggest sporting stage — the Olympics. 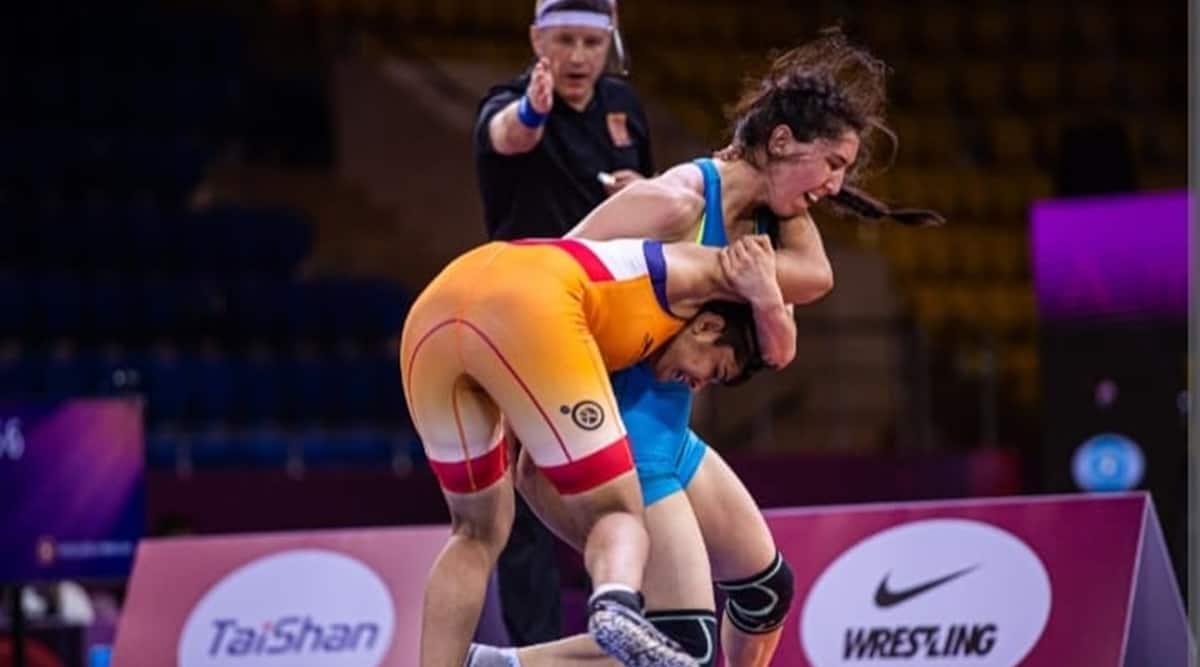 Many feared that letting a Cadet-level wrestler Sonam Malik compete against established stars in the senior category could result in a serious injury for the youngster or could even spell an early end to her fledgling career.

But the young gun from Madina Village in Haryana’s Sonepat district has proved that the risk was worth taking.

It did not take the 19-year-old long to earn a reputation of being a slayer of Rio Olympic medallist Sakshi Malik as Sonam has made the 62kg category her own and is now gearing up to compete at the biggest sporting stage — the Olympics.

It all started when Sonam’s coach Ajmer Malik and her parents began to convince the national federation that the two-time World Cadet champion was ready for a plunge at the senior level.

It is rare that someone who has not had the exposure even at the junior level, is claimed to be ready for the competition at the highest level.

After much persuasion throughout the 2019, the WFI allowed Sonam to compete in trials for the Rome Ranking series event in January 2020.

“After the trials were over and Sonam had earned berth in the Indian team with a win over Sakshi Malik, Neta ji (WFI President BB Sharan) said, ‘it would have been a big mistake if we had not agreed on Sonam’s appearance in the trials’,” Sonam’s coach Ajmer told PTI.

“The WFI and many others had argued that she would get injured since she lacks experience. They said we will jeopardise her career by doing this, but we kept cajoling the federation.”

The reason behind such assurance and confidence was Sonam’s exceptional show at the local ‘Dangals’, where she was taken for mere assessment but came out triumphant while competing in open category against big names.

Whether it was Ritu Malik, Sarita Mor or Nisha or Sudesh, Sonam did not care for reputations. She competed fiercely against the big names in Indian women wrestling.

“We just wanted to assess where she was against these girls but she kept pulling of big performances,” said Ajmer.

The Delhi Dangal in 2018 won her a scooter and a prize purse of Rs one lakh and 10 thousand. Overall she won Bharat Kesri title five times.

The urge to make a name and earn fame was always there in Sonam’s mind from the time she was just 10 years old.

“In 2012, we watched Sushil Kumar and Yogeshwar Dutt wrestle in Olympics after a training session in this academy. When I saw them on TV, I also made a promise to myself that one day I will also be on TV and people will watch my bouts,” Sonam recollects one of those days at Netaji Subash Chander Bose Sports Academy in Madina.

“I wanted to win medals, those belts and see the Indian flag going up at the medal ceremony.”

Her brother Mohit, who also pursued sport for some time before a shoulder injury ended his dream, said, Sonam was rough and tough and fearless but very obedient at the same time since her childhood .

“If the coach says you have to run 5 kms, she would do it without complaining. We would often lie to our coach but that we have completed the run but she would never claim unless she has done it,” said Mohit.

“She loved competing against the big boys. I never saw fear in her mind. Even if she lost to them, she was never ruffled. ”

To this, Sonam says,”It was more fun beating those sturdy boys. To wrestle against girls was also good but competing against boys was always a good test for me.”

When she is not sparring on the mat, she is doing her second most favourite thing, discuss wrestling.

A family which eats, breaths and talks only wrestling, it is no surprise that Sonam literally lives the sport.

She does not have much interest in anything else.

Coach Ajmer would vouch for her sincerity.

“We have to tell her every time that it’s time to stop training. One day I told everyone that all guys have to do 350 sit-ups. When they were done, I said you have to do 150 more. While the others were harried, Sonam quietly started doing and completed the task.”

“She would not never complain about hard work.”

It is this sheer dedication from where Sonam draws her stamina and strength which is seen in her bouts.

No matter she is trailing by how many points, she will catch her opponents by the end of the second period.

This is exactly what happened when she was up against Sakshi in her first ever bout in January 2020. She was trailing 4-6 and then 6-10 but in dying moments, Sonam pulled off a four-pointer to shock her fancied rival.

Not once or twice, Sonam beat Sakshi four time in a row.

“I saw her first time in 2017. It was dream to wrestle against her, My coach told me, I had nothing to lose and everything to gain. I don’t know how I did it but I just gave my all,” she said.

In two month’ time when Sonam will take mat again as a 19-year-old at the Tokyo Olympics, she would have nothing to lose and everything to gain.