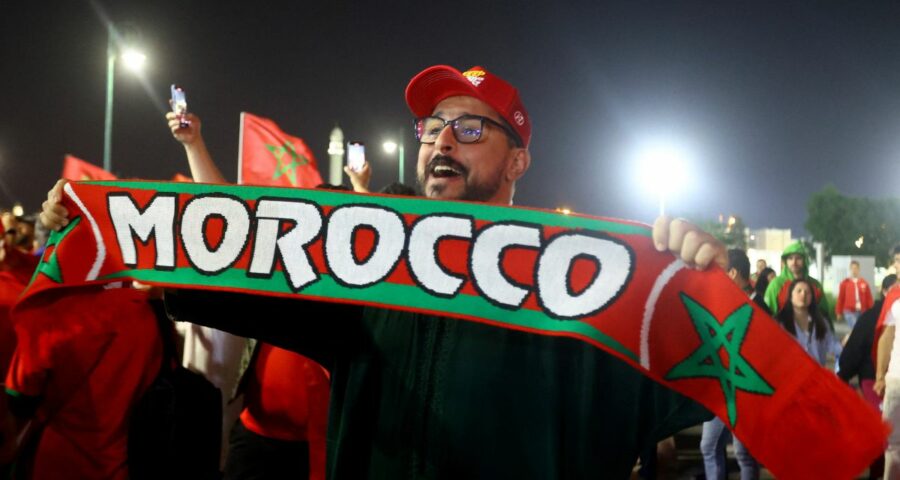 Political leaders, sports stars and celebrities took to social media on Saturday to congratulate Morocco for its World Cup quarter-final win over Portugal, making it the first African or Arab team to reach the semi-finals of the soccer tournament.

Here are some of the reactions.

US Secretary of State Antony Blinken: “Congratulations to the Atlas lions on their win today.’

Chad’s President Mahamat Idriss Deby: “Historic and extraordinary! The qualification of the Atlas Lions for the semi-final of the 2022 world is that of all of Africa. Full support to the representatives of Africa for the grand finale. Africa world champion, yes it is possible inshallah!”

The Confederation of African Football: “CONTINENTAL HISTORY! What an achievement by the Atlas Lions.”

Dubai ruler Mohammed bin Rashed: “No voice is louder than Morocco’s in the World Cup!”

Iraqi Prime Minister Mohammed Shia al-Sudani: “We share the joy of our brothers.”

Libya’s Prime Minister Abdulhamid al-Dbeibah: “Congratulations to the Moroccan national team for their historic qualification to the World Cup semi-finals.”

Retired Ivorian player and Chelsea legend Didier Drogba: “They did it!!!! Well done Morocco for this feat. Long live Africa.”

Samuel Eto’o, the former Cameroon striker and current president of the country’s football federation: “Incredible! The entire continent is rooting for you.” Pop star Shakira: “This time for Africa!!” with a clapping emoji and a Moroccan flag.