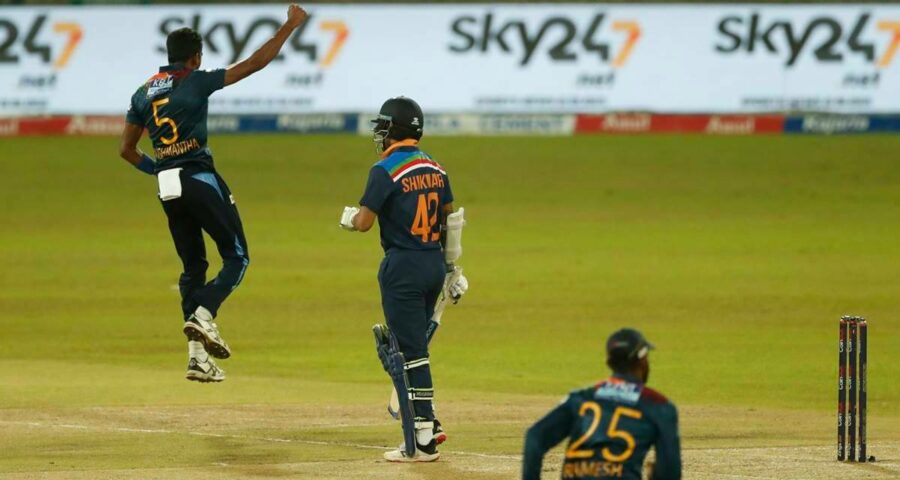 As India's batting lineup suffered a collapse, India registered their lowest T20I score after completion of 10 overs. At halfway stage, India scored 39 runs for the loss of five wickets. Shikhar Dhawan-led India registered their third-lowest T20I total in the last game of the limited-overs series against Sri Lanka. A depleted Indian batting lineup managed to score 81 runs for the loss of eight wickets at R.Premadasa Stadium, Colombo. Kuldeep Yadav’s 23-run knock helped India get past their lowest T20I total that came against Australia in February 2008 when they were bowled out for 74 in 17.3 overs.

Yadav top-scored for India without scoring a single boundary in his unbeaten knock. Only three batsmen registered double-digit scores whereas three got out for a duck. Only four boundaries were scored in the innings. Also, Ruturaj Gaikwad was the only batsman with a strike rate over 100. Gaikwad scored 14 runs from 10 deliveries including two boundaries.

Before the batting collapse in the third T20I, India’s lowest T20I score against Sri Lanka was 101 in Pune when they were bundled out in 18.3 overs.