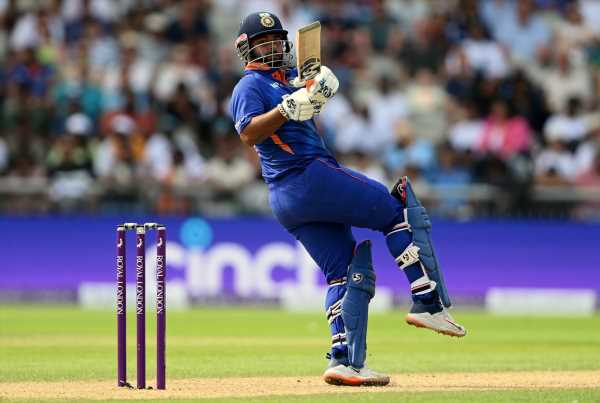 After suffering a narrow loss against South Africa, India face a must-win match against Bangladesh at the Adelaide Oval on Wednesday.

Both India and Bangladesh are on four points from three games each and another loss could severely dent their chances of making it to the semi-finals.

India’s batters came undone against the South African pace attack on a bouncy pitch in Perth on Sunday and it was Suryakumar Yadav who rescued his side with a sparkling half-century.

Despite defending just 134, the Indian bowlers put in a spirited performance as the Proteas escaped with a thrilling five wicket win with two balls to spare.

K L Rahul’s form is a big concern after he fell cheaply in the first three games. He will come up against a Bangladesh pace attack featuring Taskin Ahmed, who has been in good form with eight wickets from three matches in the T20 World Cup.

With Dinesh Karthik out of the game against Bangladesh with back spasms sustained during the game against South Africa, it remains to be seen if Rishabh Pant will open the innings instead of Rahul.

Pant hasn’t made a mark with the bat for India in white ball cricket, but he certainly has the potential to destroy any bowling attack on his day.

He had a good IPL this year, scoring 340 runs in 14 games at a strike rate of 151, and will be itching to get cracking at the World Cup.

Deepak Hooda’s selection gamble backfired against South Africa as he fell for a duck and could make way for Axar Patel, who is a handy left-arm spinner and a decent batter lower down the order.

India will be hoping that Hardik Pandya and Rohit Sharma can get back to their best form with the bat in the crunch match agianst Bangladesh, who also went down to South Africa but managed a thrilling last-ball victory against Zimbabwe in their previous match.

Bangladesh’s batters have been short of runs in the World Cup and India will be looking towards their pace bowling trio to continue their good showing with the ball.

Who do you think should be part of India’s playing for their T20 World Cup match against Bangladesh on Wednesday?

Please select your team from the list below and do post your playing XI in the message board below: