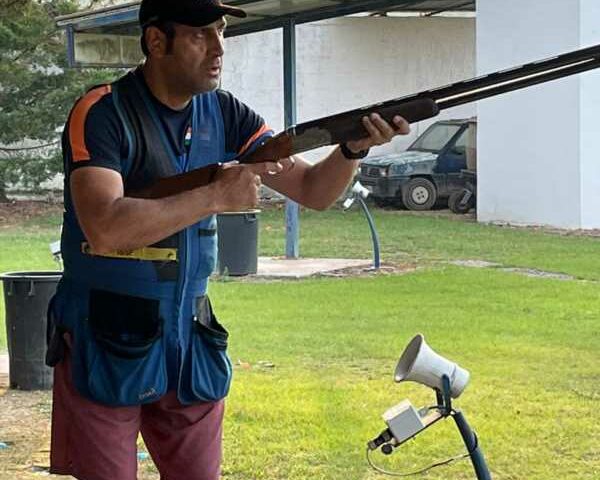 Two-time Olympian and India’s shining light in skeet shooting Mairaj Ahmad Khan won the country’s and his first-ever individual gold in the event, shooting 37 hits out of a possible 40 in the final at the ISSF World Cup in Changwon, Korea.

Mairaj, first shot 119/125 over two days of qualifying in the men’s skeet and then came through a five-way shoot-off enroute to the gold medal.

But the day undoubtedly belonged to the seasoned Mairaj. After finishing with 119, he found himself vying for two final qualification spots along with four others, among them being two-time Olympic medalist Abdullah Al Rashidi of Kuwait. When Shotaro Toguchi of Japan missed his eighth shoot-off shot, he was assured of top-eight spot.

In the ranking round he was up against German Sven Korte, Korean Minki Cho and Cypriot Nicolas Vasilou for another round of 30-targets. He topped the round with 27 hits as Sven followed him to the medal round with 25-hits.

In the 40-shot medal round, Mairaj missed just three targets for 37-hits, to clinch the deal from Korean Minsu Kim who shot down 36-targets.

In other action, Vijayveer Sidhu in the Men’s 25m Rapid Fire Pistol reached the ranking round but did not make the medal rounds while Anish and Sameer could not cross the first hurdle in the event. Vijayveer shot 584 in qualifying to finish sixth while Anish shot 582 for 12th spot and Sameer 566 for 30th position. Mufaddal Deesawala finished 23rd in the Women’s Skeet shooting a total of 108.