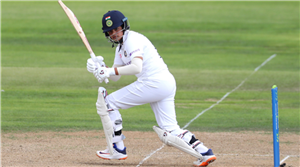 Shafali Verma and Smriti Mandhana's 167-run partnership gave India a head start in their first innings on Day 2 before the visitors lost 5 wickets for 16 runs. 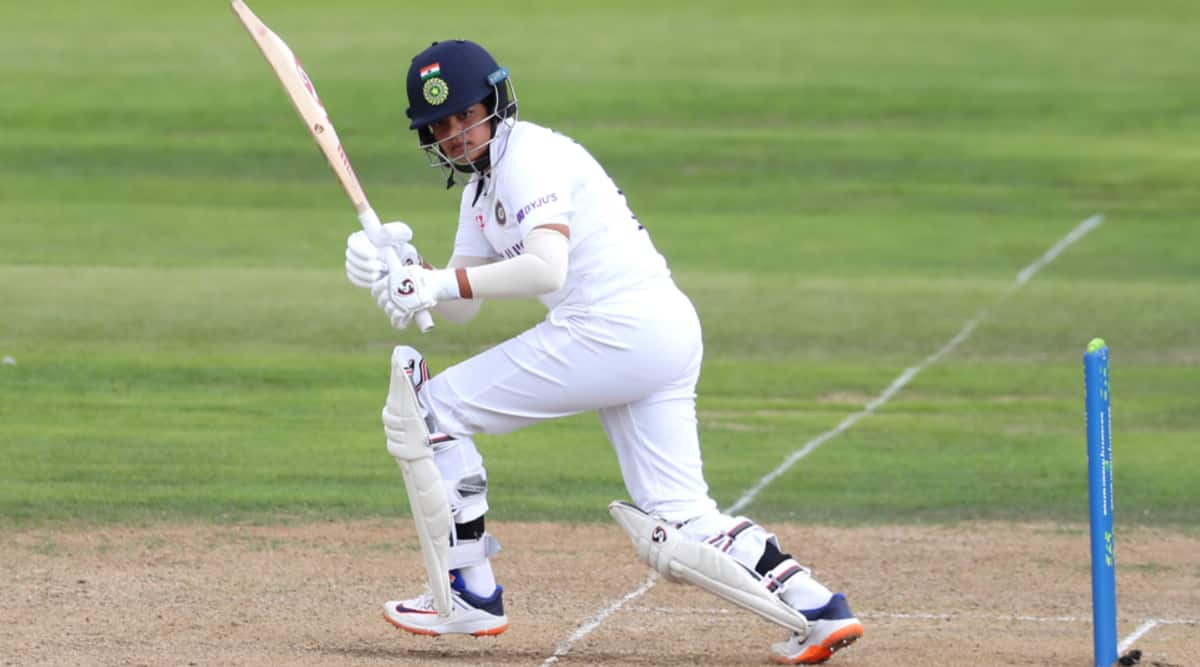 Shafali Verma and Smriti Mandhana put on the highest opening stand for the India women’s team in Test cricket, their 167-run partnership giving the visitors a head start in their pursuit of England Women’s first innings total of 396 in the one-off Test on Friday.

Verma and Mandhana beat Gargi Banerji & Sandhya Agarwal’s 153 against Australia at Mumbai in 1984 for the highest opening stand. This is the second highest opening partnership in women’s Tests away from home.

However, from a strong 167 for none, India lost five wickets for the addition of just 16 runs before ending the day at 187 for five.

India are still trailing England by 209 runs with Harmanpreet Kaur and Deepti Sharma (0) at the crease.

Once the Indian openers were dismissed, the other batters seemed to be at sea against England spinners. Home skipper Heather Knight, who scored 95 in England innings, triggered the collapse by dismissing Punam Raut (2) and Shikha Pandey (0). Skipper Mithali Raj was trapped by left-arm spinner Sophie Ecclestone as the hosts turned the tide in their favour in the last session.

Verma fell for 96, four runs short of what would have been a century on debut, as India’s first wicket fell for 167 in the final session of Day 2. She was at her usual aggressive self as she cut and pulled in her own inimitable style. The 17-year-old not only presented the straight bat for defence with grace, she also hit a six off Nat Sciver with remarkable ease.

It was only the second six hit by an Indian woman in Test cricket. Mandhana was cautious yet fluent. She got her first boundary when she punched one off Sciver in the cover region. When she got the opportunity, Mandhana did not hesitate to pull. Her elegant drives were a delight to watch.

She raised the team’s fifty with one such well-timed shot off Kate Cross.

Cross missed a chance to dismiss Mandhana (when on 23) when she dropped the left-hander in her follow through.

This was after Indian bowlers were made to put in some hard yards for the second consecutive day.

Debutant Sophia Dunkley (74 not out) led the charge with a resolute unbeaten half-century and two crucial partnerships with tail-enders after England resumed at the overnight score of 269 for six.

Dunkley first added 56 runs for the eighth wicket with Sophie Ecclestone (17) and then forged a 70-run stand with Anya Shrubsole, who punished the Indian bowlers in her career-best 47.

England declared their innings when Shrubsole was bowled by Sneh Rana, who ended up as India’s best bowler with a four-wicket haul.

In the morning session, England lost overnight batter Katherine Brunt, who was trapped by veteran pacer Jhulan Goswami in the 12th ball of the day.

It remained a short-lived joy for the Indians as Dunkley and Ecclestone dug their heels in to test the patience of the visitors. Dunkley stood out with her footwork and strokes on the off-side while Ecclestone was comfortable on both front and back-foot.