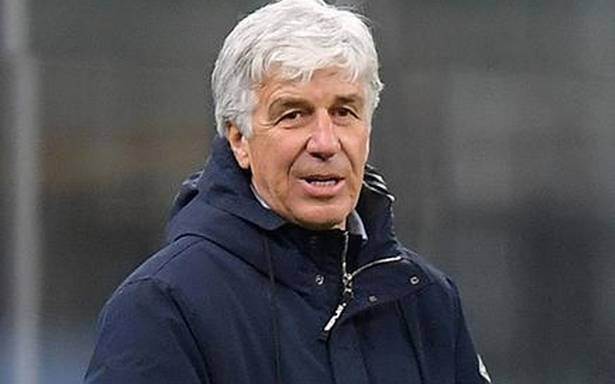 With the Serie A title race all but over after Inter Milan pulled 11 points clear at the top last weekend, the chasing pack targeting Champions League spots promise to provide a thrilling conclusion to the season in Italy.

Four points separate AC Milan in second place from Napoli in fifth, while Lazio sit four points further back with a game in hand.

AS Roma, one point behind its rival, cannot be counted out of the top four race quite yet.

What makes the six-team battle for three Champions League spots so open is the number of head-to-head clashes that await in the final eight rounds, starting with third-placed Juventus’ trip to Atalanta on Sunday.

The Bergamo club has achieved astonishing success in recent years.

Gian Piero Gasperini’s entertaining side is the league’s top scorers this season and goes into the game against Juventus in fourth place, one point behind the champion and on a four-match league winning run.

For Juventus coach Andrea Pirlo, the pressure is on to avoid a result that could plunge his team back into crisis.

Pirlo came in for fierce criticism after picking up one point from games against lowly Benevento and Torino either side of the international break.

Back-to-back wins against Napoli and Genoa were a good response but the critics will be ready to pounce again if Pirlo’s side falls in Bergamo.

Juventus could do with some help from its rival Inter, which is looking for a 12th straight league win when it travels to Napoli on Sunday.

A Juve defeat would hand Gennaro Gattuso’s side the chance to draw level with the Turin club with a win, and plunge Pirlo’s Champions League qualification hopes into doubt once more.

The chance of top four rivals dropping points make it imperative for AC Milan, Lazio and Roma to get wins against bottom-half opponents.

Only one round of fixtures between now and the end of the season will not feature a head-to-head clash between top seven teams, and coming out on top in these games will be crucial due to the league format.