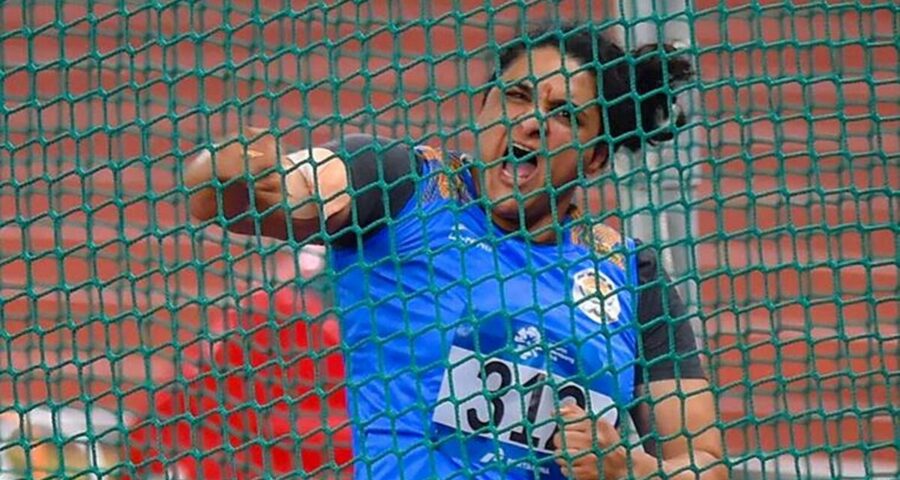 Seema Punia will join Kamalpreet Kaur who has already booked her Olympic berth. Seema Punia defied age to qualify for her fourth Olympics. And she did it in some style by breaking the meet record in the women’s discus throw on the fifth and final day of the 60th National Inter-State Senior Athletics Championships at the Netaji Subhas National Institute of Sports (NSNIS), Patiala on Tuesday.

Seema started with 59.31m and increased it to 60.35 and 63.18 in her second and third attempts. She achieved the qualification mark (63.50m) in her fourth attempt which was measured at 63.70m. Sonal Goyal of Delhi and Madhu Renu of Rajasthan who finished second and third failed to cross thr 50m mark.

However, there was some good news as the World Athletics (WA), the global governing body of athletics, confirmed that the Indian quartet’s timing of 3 minutes 01.89 seconds on Friday will be considered as 13th position.

On the first day of the national meet, on Friday, the men’s 4x400m team comprising Muhammed Anas, Amoj Jacob, Arokia Rajiv, and Noah Nirmal Tom set a new meet record of 3:01.89s in the heats which propelled the Indians to 13th position.

In the final, 400m hurdler M P Jabir replaced Amoj who was rested after he complained of some pain on Monday evening.

As expected both the women’s 4x100m and 4x400m did not make the Olympic qualifying mark.

In the 4x400m, the Indian team will have to wait for the World Athletic’s Road to Tokyo rankings list which will be released soon. Tuesday also closed the Olympic qualification.

In men’s javelin throw, Tokyo-bound Shivpal Singh of UP finished second behind his statemate Rohit Yadav who won the gold medal with an effort of 77.74m. Shivpal who will be competing with Neeraj Chopra in Tokyo threw the spear to 77.31m while Sri Lankan Sumedha Ranasinghe completed the podium with 77.28m.