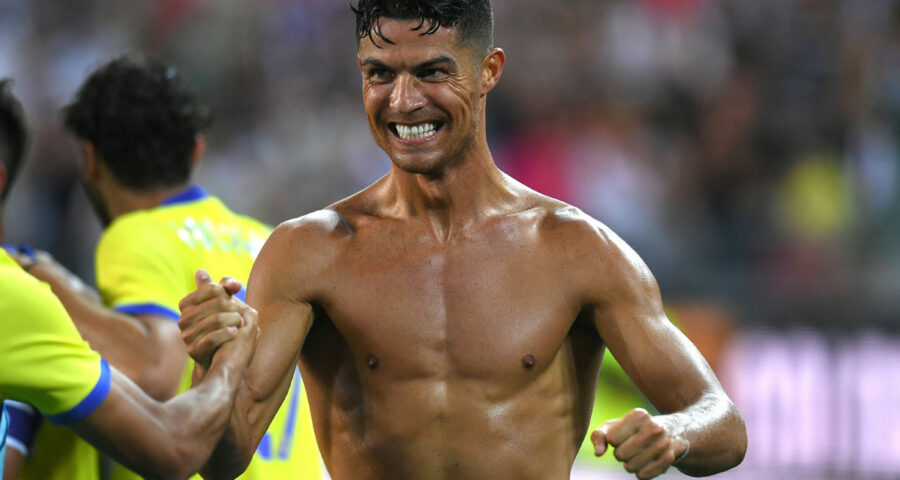 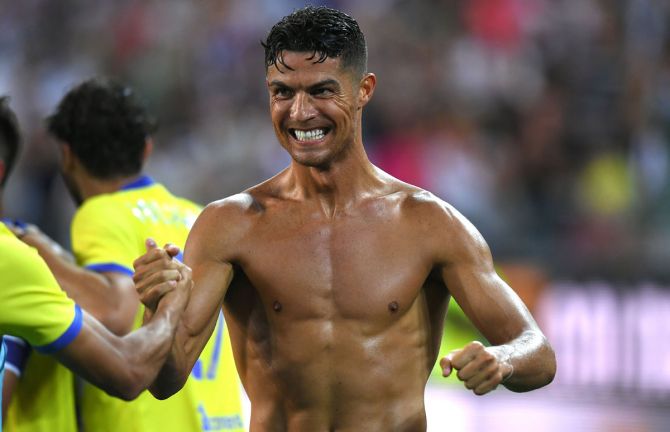 The future of Portugal forward Cristiano Ronaldo has dominated the news as his Juventus side prepare for their weekend Serie A clash at home to Empoli.

Ronaldo was linked by Italian media on Thursday with a sensational move to English Premier League champions Manchester City, with widespread reports claiming his agent, Jorge Mendes, has met Juve officials to try engineer the transfer.

The reports claim no agreement was made, with the Turin side wanting a fee for the 36-year-old.

Ronaldo surprisingly started on the bench for Juve’s opening weekend clash with Udinese last Sunday, Italian media saying the Portuguese had asked not to be in the team to preserve his fitness for a move away from the club.

“Ronaldo is feeling well,” Allegri told DAZN after the match. “I had talked to him before the game, telling him he would start on the bench. He made himself available, he did well when he entered the pitch.”

Never one to go about things quietly, Ronaldo came on and headed what appeared to be a stoppage-time winner in Udine, only for VAR to rule the veteran forward to be offside, so Juve had to settle for a 2-2 draw.

It represented a disappointing start to the campaign for Juve, who finished fourth last season when looking to make it 10 successive Scudetti under previous coach Andrea Pirlo.

Whether Ronaldo features against Empoli on Sunday remains unclear, but the promoted side will find it tough in Turin regardless, with Allegri having much to prove after taking charge of Juve for the second time.

Meanwhile, Inter Milan gave an emphatic response to those who doubt the champions will be able to retain their title this season after a 4-0 hammering of Genoa on the opening day.

Despite an exhilarating attacking display at San Siro, Inter have strengthened their options going forward with the arrival of Joaquin Correa from Lazio as Simone Inzaghi takes his team to face Hellas Verona on Friday with a wealth of strike talent.

AS Roma and AC Milan will look to make it two wins from two when they Salernitana and Cagliari respectively on Sunday.

Jose Mourinho enjoyed a winning return to Serie A last weekend, having steered Inter to an unprecedented treble in 2010, as the Roma coach reached 50 career wins in the division in the fastest time by a manager with a 3-1 win over Fiorentina.

Milan, looking for their first Scudetto in a decade, made hard work of their 1-0 win at Sampdoria last Sunday.

They travel to promoted Salernitana, who are in Serie A for the first time in 23 years, without last season’s top scorer Zlatan Ibrahimovic, who is missing with a knee injury.