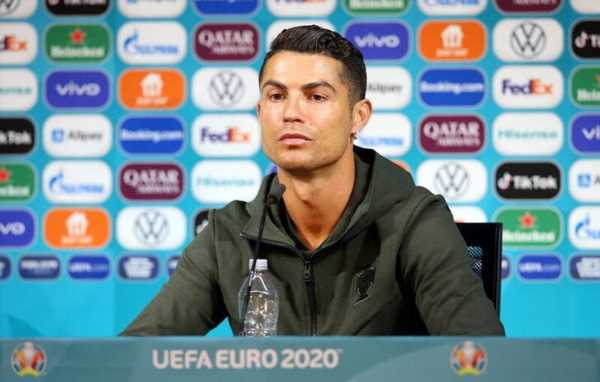 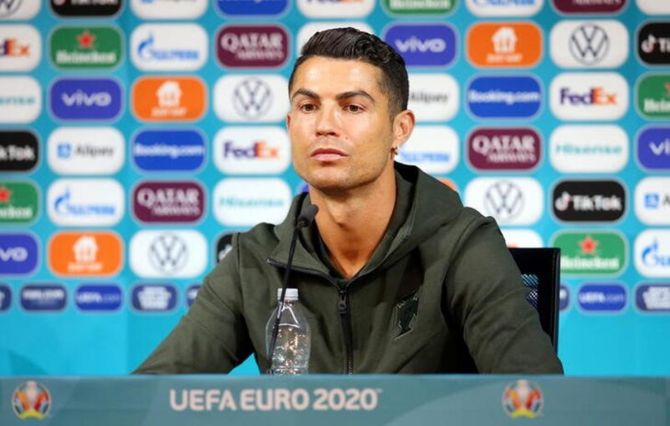 Pogba, a practising Muslim, moved away the beer bottle when he sat down to speak to the media on Tuesday after he was named man of the match in France’s 1-0 Group F win over Germany.

Heineken, one of the official sponsors of Euro 2020, was not immediately available to comment.

Ronaldo, known for his peak levels of fitness, moved the cola bottles aside as he sat down to speak to the media ahead of Tuesday’s Group F opener against Hungary.

The 36-year-old then held up a bottle of water and said ‘Agua’ in Portuguese, making headlines.

The beverage giant’s shares dipped 1.6 per cent on Monday, wiping off about $4 billion from the company’s market capitalization, following Ronaldo’s snub.

In a response, Europe’s soccer governing body UEFA said: “Coca-Cola offers a range of drinks to suit different tastes and needs, which are available to players throughout the tournament.”

“This includes waters, isotonic sports drinks and juices, coffee and tea, as well as Coca-Cola.”

European soccer’s governing body UEFA has responded to Portugal forward Cristiano Ronaldo’s removal of a Coca Cola bottle at a Euro 2020 news conference by telling teams they have contractual obligations towards tournament sponsors.

“UEFA has reminded participating teams that partnerships are integral to the delivery of the tournament and to ensuring the development of football across Europe, including for youth and women,” the tournament organisers said on Thursday.

UEFA’s Euro 2020 tournament director Martin Kallen said the main issue had been with Ronaldo’s action but there was an understanding of players who did such things for religious reasons.

Kallen told reporters the contractual obligations regarding sponsors was part of the tournament regulations signed up to by the national federations.

UEFA has not taken any disciplinary action over the matter and Kallen said any sanctions would be a matter for federations. UEFA did not intend to directly fine players, he added.