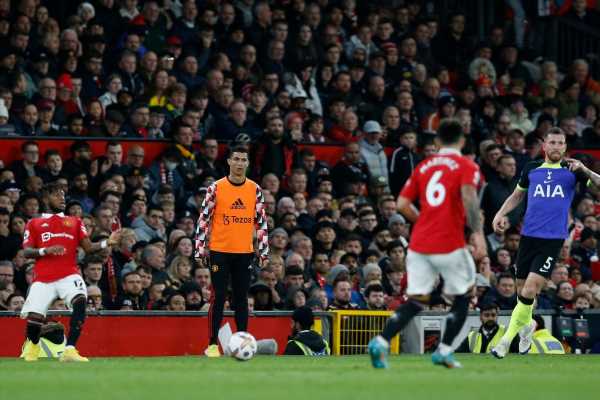 Manchester United forward Cristiano Ronaldo will not be in their squad for Saturday’s Premier League game at Chelsea, the club said in a statement on Thursday.

Ronaldo, an unplayed substitute in Wednesday’s 2-0 win over Tottenham Hotspur, walked down the tunnel with a few minutes of the match remaining after being left on the bench again, by manager Erik ten Hag.

After the game, Ten Hag said that he would deal with the matter on Thursday, adding that his focus was on the team.

“Cristiano Ronaldo will not be part of the Manchester United squad for this Saturday’s Premier League game against Chelsea. The rest of the squad is fully focused on preparing for that fixture,” United said.

Ronaldo scored 24 goals in all competitions for United last season after joining them for a second spell from Juventus, but the Portugal international has started only two league games during the current campaign.

A five-times Ballon d’Or winner, Ronaldo scored his 700th career goal in United’s win at Everton this month, adding another milestone to his glittering trophy-laden career.

Ronaldo, who won three Premier League titles and the Champions League in his first spell with United, helped Portugal win the 2016 European Championship.

He was linked with a move away during the summer transfer window, though Ten Hag said he still featured in his plans for the season.

United are fifth in the Premier League table on 19 points, one behind fourth-placed Chelsea after 10 games.