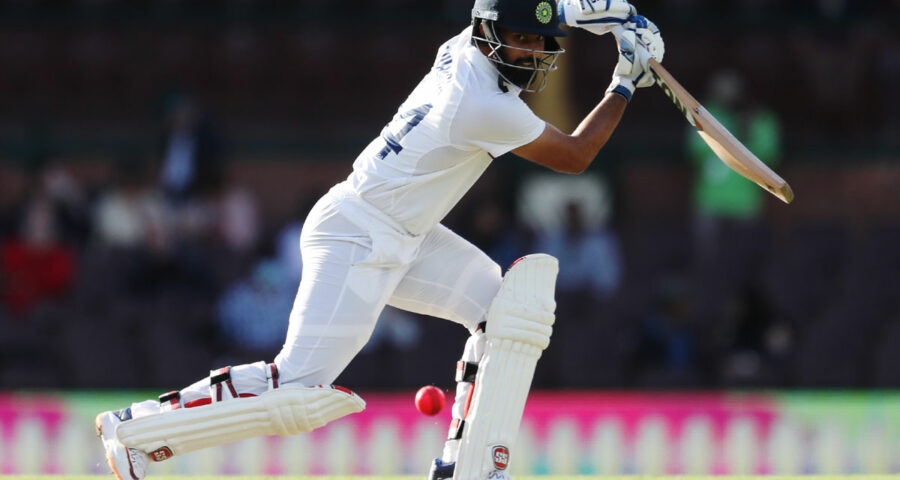 India will back young players to fill the “big shoes” of Cheteshwar Pujara and Ajinkya Rahane in their batting order, the team’s new captain Rohit Sharma said on Thursday ahead of the opening Test against Sri Lanka in Mohali.

For the first time in over a decade India will be without their experienced batting duo, who played 177 Tests between them and were dropped after their 2-1 defeat in their last series in South Africa for lack of consistency.

Hanuma Vihari, Shubman Gill and Shreyas Iyer will be in contention to fill those batting slots in the two-Test series against Sri Lanka starting in Mohali, where Rohit will begin his reign as India’s new Test captain.

“Those guys are big shoes to fill in. It’s never easy for the guys who will come in,” Rohit told reporters on a video conference.

“But those guys who are going to replace these two have done exceedingly well whenever they’ve gotten an opportunity. We need to just back these guys to come good for us. You always need to look forward and those guys have been waiting for a while now.

“And it’s just not about one or two games but I’m looking at number of years for them playing for India and doing well for us.”

Vihari, Gill and Iyer have all played Tests for India in the absence of regular players and Rohit said a decision on the composition of the side against Sri Lanka was yet to be made.

The match in the northern Indian city of Mohali will also be the 100th Test for India’s batting mainstay Virat Kohli, who Rohit replaced as captain after the South Africa defeat.

“If you look at the last five years of our Test cricket, the whole credit goes to Virat to get us going in this particular format,” India’s all-format captain Rohit said.

“What he’s done with the Test team over the years was brilliant to see. I have to just take it, honestly, from where he left.”

Sri Lanka have welcomed back Kusal Mendis and Niroshan Dickwella to their squad after their one-year suspension, for breaching the team’s bio-bubble COVID protocols during last year’s tour of England, was lifted in January.

Captain Dimuth Karunaratne said batter Mendis was yet to recover fully from a hamstring injury but Dickwella will don the gloves for the touring side.

The second and final Test will be played in Bengaluru from March 12 under lights.