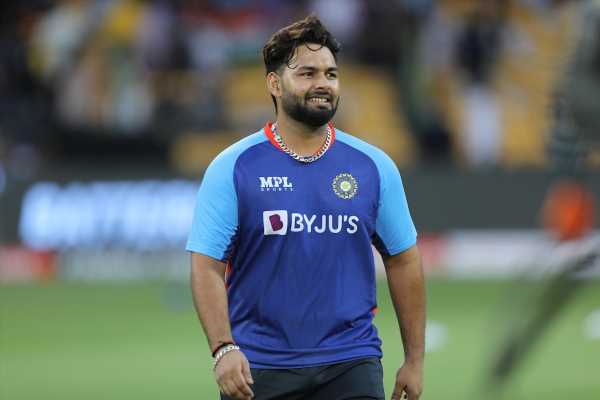 India head coach Rahul Dravid on Sunday made it clear that the under-fire Rishabh Pant is a ‘big’ and ‘integral’ part of the set-up heading into the T20 World Cup in Australia.

Pant, who led the side in the five-match series against South Africa that ended in a 2-2 draw after the last game was called off due to rain, managed only 58 runs in the five innings that led to some questions being raised about his place in the shortest format.

However, Dravid was very clear that Pant is going nowhere.

“Personally, he would have liked to score a few more runs but it is not concerning him. Certainly, he is a very big part of our plans going ahead in next few months,” Dravid said during the post-match press conference.

He was categorical that he won’t judge someone based on one series — whether it is batting form or captaincy.

“I just don’t want to be critical. In the middle overs, you need people to play slightly attacking brand of cricket, to take the game on a little more. Sometimes it’s very hard to judge it based on two or three games,” the head coach said.

In fact, Dravid was impressed wit Pant’s strike-rate of 158 plus during the IPL where he managed an underwhelming 340 runs for the Delhi Capitals.

“I think he had a pretty good IPL in terms of strike-rate even though it might not have looked good on averages. In IPL, he looked to move up a little bit (in terms of averages) and probably three years ago he was on those numbers. We are hoping that we can get those numbers from him at the international level.”

Pant’s is a high risk game that comes with a price and the coach is ready to pay the price looking at the bigger picture.

“In the process (of playing an attacking game), he might go wrong in a few games but he remains an integral part of our batting line-up with the power he has and the fact that he is a left-hander is important to us in the middle overs, he played some good knocks,” he said.

About his captaincy, Dravid felt that Pant did well considering that he led the side back in the series from 0-2 down.

“To bring a team back from 0-2 down and to level it at 2-2 and give us a chance to win was good. Captaincy is not about wins and losses only. He (Pant) is a young captain, growing as leader. It is too early to judge him and you don’t want to do that after one series,” Dravid was clear in his thought-process.

“It was nice to see he has got opportunities to lead, keep and bat. He had a lot of load on him but gaining from that experience and credit to him for ensuring that we went from 0-2 down to 2-2,” the coach was all praise for the stand-in skipper.