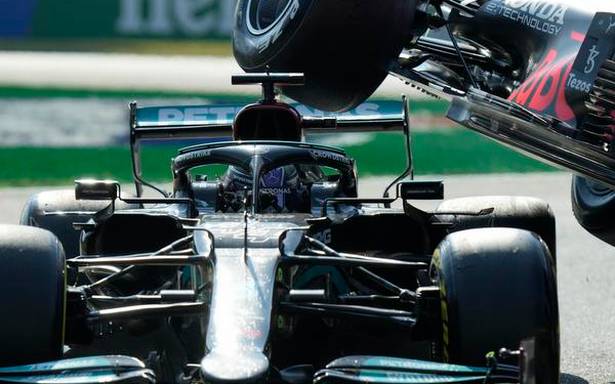 Change caused Verstappen to have a fatefully slow pit stop

Red Bull has blamed Max Verstappen’s fatefully slow Italian GP pit stop on human error resulting from a technical directive issued by Formula One’s governing body which aims to slow pit stops for safety reasons by preventing the use of any automated systems.

The 11 second stop in last Sunday’s race at Monza dropped championship leader Verstappen into a position where he and Mercedes title rival Lewis Hamilton went wheel to wheel and collided, retiring on the spot.

Verstappen was held to be predominantly to blame and collected a three place grid penalty for the next race in Russia. “There was a rare human error in our pit stop, as a result of the new Technical Directive but nonetheless something we need to learn from,” Red Bull boss Christian Horner said in a column on the team website on Friday.

“That slow stop put Max out of synch from where he should’ve been on track. Mercedes compounded that situation as they faltered with their own stop on Hamilton’s car, which meant both drivers were neck and neck.”