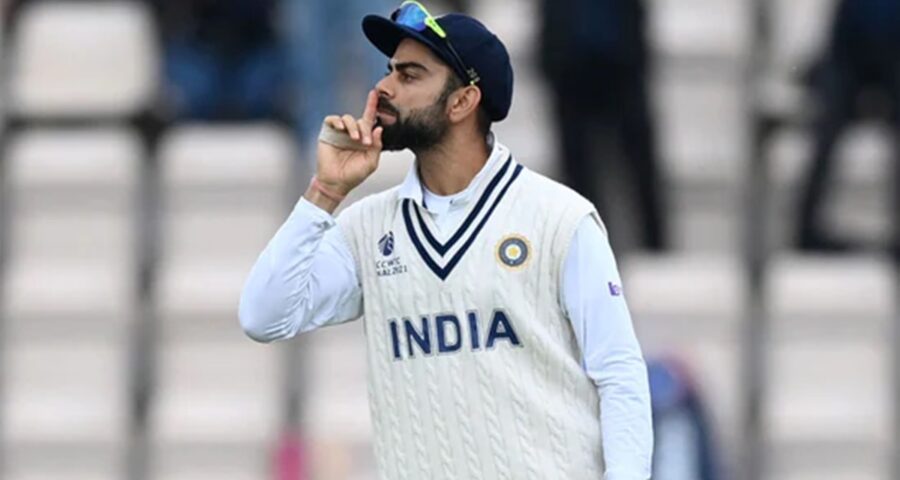 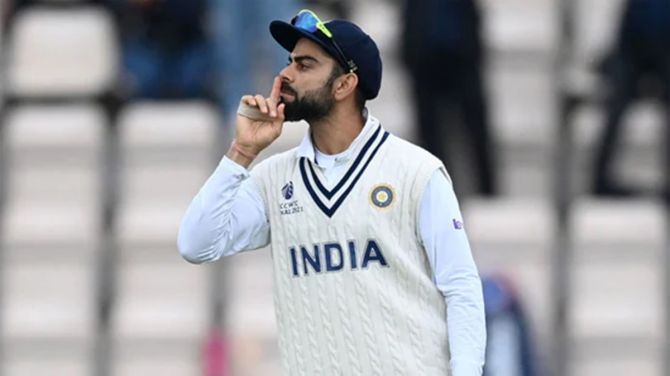 India skipper Virat Kohli was at his animated best throughout the WTC final, with his innumerable on-field expressions and videos of stump-mic chatter doing the rounds on social media.

While speaking during a press conference, Wagner said that the crowd was trying to get under Kohli’s skin by singing, ‘In your head Kohli, in your head,’ to the tune of the famous Cranberries song Zombie.

‘So they were trying to get under Kohli’s skin a little bit and Kohli kept giving it around, giving them the shush fingers,’ he added.

Left-arm pacer Wagner, who picked up three crucial wickets in the WTC final, also said that the crowd had prepared a song for their opener Devon Conway.

Wagner added that they had a bit of fun regarding the same on the way back home.

‘And in the changing room, and even on the plane, we suddenly started singing… I think Tim Southee had his phone out and Zombie started playing on his phone and everyone sort of laughed and started singing along the song a little bit,’ he said.