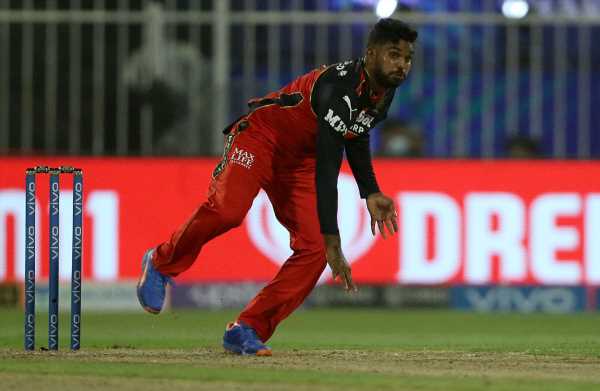 Royal Challengers Bangalore announced that Sri Lankan duo of Wanindu Hasaranga and Dushmantha Chameera have been released from the team’s bio bubble ahead of the IPL Eliminator match against Kolkata Knight Riders on Monday.

Spinner Hasaranga and pace bowler Chameera have been released to join the Sri Lanka squad for the ICC men’s T20 World Cup qualifiers.

Sri Lanka begin their campaign in the qualifying stages against Namibia in Abu Dhabi on October 18, followed by matches against Ireland and the Netherlands.

“OFFICIAL ANNOUNCEMENT Wanindu Hasaranga & Dushmantha Chameera have been released from the RCB bio bubble as they join up with the SL team for their #WT20 qualifiers. We wish both of them the best & thank them for their professionalism & hard work during #IPL2021,” RCB tweeted.

Sri Lanka made four changes to their squad as they brought in spinner Akila Dananjaya, batsman Pathum Nissanka, and seamers Lahiru Kumara and Binura Fernando to their 15-man squad for the Twenty20 World Cup.

Middle-order batsman Kusal Perera, who was a major doubt due to a hamstring injury, made the final cut.

Last month, Mahela Jayawardene was appointed as the consultant of the Sri Lankan squad for the first round of the 2021 T20 World Cup.