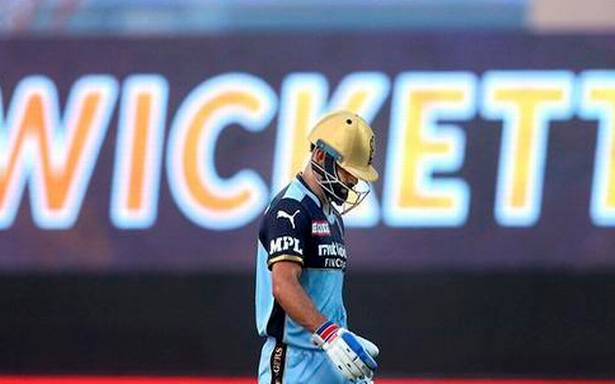 Who will take over captaincy duties at Royal Challengers Bangalore (RCB) after Virat Kohli steps down at the end of IPL 2021?

With no obvious successors in the squad, RCB might view the 2022 IPL mega auction as a chance to revamp — leadership et al. — and march in a new direction.

Kohli himself hinted at the likely change in landscape, stating that RCB is set to go through a transitional phase after the auction next year.

The player list for the auction is not known yet, but RCB could set its sights on signing a new captain. If available, proven skippers like Kane Williamson, Steve Smith and Eoin Morgan, and a budding leader like K.L. Rahul will interest the RCB management.

That RCB has not groomed a strong deputy for Kohli has contributed to this uncertain situation. A.B. de Villiers, at 37 and retired from international cricket, is not an ideal long-term option. Australian Glenn Maxwell, who was signed by RCB at the start of this season, is only now finding his feet.

Among the Indians, Devdutt Padikkal and Washington Sundar are calm and mature, but they do not possess enough experience to command authority.

RCB is also hindered by the fact that it does not have a strong core group of Indian players — so crucial in giving franchises a settled feel.

Mumbai Indians has the Pandya brothers, Jasprit Bumrah, Suryakumar Yadav and Ishan Kishan to support Rohit Sharma. When Delhi Capitals’ regular skipper Shreyas Iyer was out with an injury, Rishabh Pant was happy to pick up the pieces. Despite recent reversals, Chennai Super Kings has trusted M.S. Dhoni, Suresh Raina, Ruturaj Gaikwad, Ravindra Jadeja, Ambati Rayudu, Shardul Thakur and others to do the job.

RCB, on the other hand, has just one regular India international — Mohammed Siraj — in the squad, apart from Kohli.

For too long, RCB has invested tremendous energy on superstar Kohli. Now with Kohli set to slip into the background, the franchise should look past outstanding individual talent and focus on building a well-rounded team.