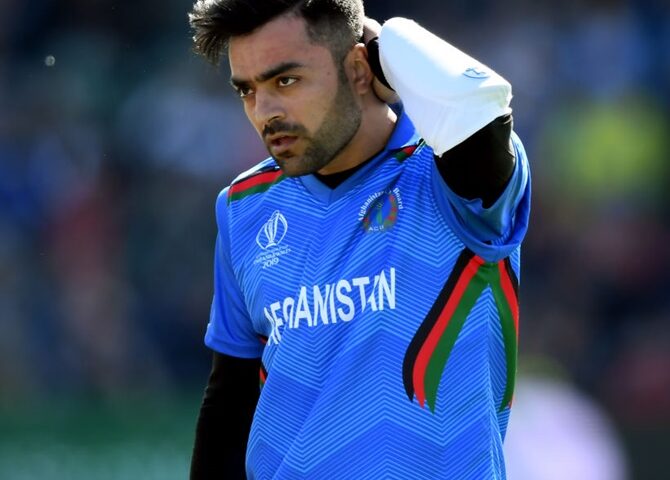 ‘We had a long chat here on the boundary talking about it and he’s worried: he can’t get his family out of Afghanistan and there’s a lot of things happening for him.’ Former England skipper Kevin Pietersen has revealed that spinner Rashid Khan is worried about the situation in Afghanistan and he is not able to get his family out of the country.

Flight operations from around the world are affected at Kabul’s Hamid Karzai International (HKI) airport due to the ongoing turmoil in Afghanistan. Rashid is currently in the UK playing for Trent Rockets in the inaugural edition of The Hundred.

“For him to turn up and put on a performance like this under the pressure that he is currently under… for him to be able to forget that stuff and navigate his story and continue the momentum that he has — I think that’s probably one of the most heart-warming stories of this Hundred so far,” he added.

Cricket analyst Ben Jones also had a word of praise for Rashid’s consistent performances despite the turmoil back in Afghanistan.

‘We should acknowledge how remarkable it is that Rashid Khan is continuing to be an all-time great athlete given everything that must be going through his head regarding his home. Similarly, he showed incredible grace and commitment for Adelaide while mourning his Dad. What a man,’ Jones tweeted.

On August 10, Rashid wrote a post on Twitter pleading world leaders ‘to not leave Afghanistan in chaos’.

Taliban terrorists are assuming control of the Afghan capital of Kabul and have taken control of the presidential palace after the country’s president Ashraf Ghani left for Tajikistan.