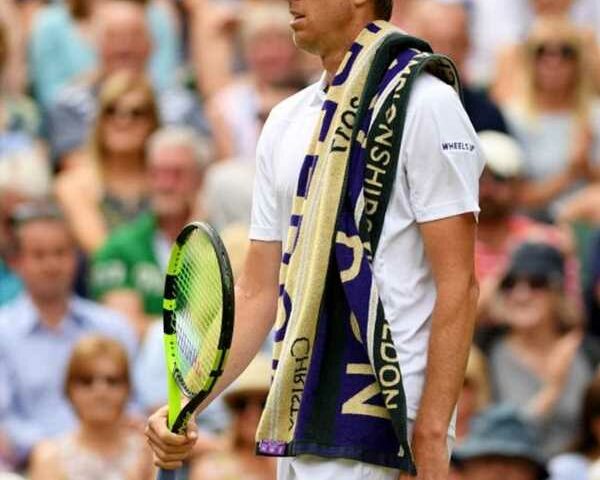 American Sam Querrey, who was sanctioned by the ATP for breaching COVID-19 protocols at the St Petersburg Open in October, has defended his actions, saying he did what he felt was right as a father and a husband.

Querrey left Russia in a private jet with his wife and baby son after all three tested positive for the virus before the start of the tournament, sneaking out of their hotel early in the morning without informing reception.

The ATP, the men’s governing body, handed the 33-year-old a suspended $20,000 fine which will be lifted if Querrey does not commit further breaches of health and safety protocols related to COVID-19 within a probationary six-month period.

“I … had to make a decision between 10 p.m. and 10 a.m. the next day,” Querrey told Sports Illustrated in an interview.

“I had my wife there, and I had my baby there, and as a human decision, I was like, ‘Hey, I don’t feel comfortable with this.’ So we made the decision to charter a plane and leave.”

Querrey said he was ready to quarantine in the tournament hotel for two weeks after testing positive but after two days he was told he was no longer welcome at the hotel and doctors would determine if they had to quarantine in a hospital instead.

The American said lack of clarity made it necessary for him, his wife, and their seven-month-old son to fly to London and quarantine at an Airbnb.

“I felt as a father and a husband there’s a human element to this, and I had to do what I feel like is right,” he said, adding that the flight cost him about $40,000 plus and he had to also pay for the stay in London for two weeks.

“I wasn’t willing to let our family go to a hospital for a minimum of two weeks where we were at.”

Querrey said he was “frustrated” with the media coverage of the incident.

“It made it seem like I just got COVID and bounced. I didn’t feel how it was portrayed after that was fair,” Querrey said.

Nick Kyrgios has paid the price for a year of inaction over COVID-19 concerns after he was ruled out of Australia’s team for next month’s ATP Cup after his world ranking slipped to number 46 following a 11-month absence from the ATP Tour.

The 25-year-old last played a competitive match at Acapulco in February after deciding to remain at home in Australia when the circuit resumed in Europe and North America after a hiatus.

Each nation have two singles slots that will be taken by their top-ranked players and Australia’s challenge at the ATP Cup will be led by Alex de Minaur and John Millman who are ranked 23 and 38, respectively.

The duo will be joined by doubles players John Peers and Luke Saville as Australia look to improve on their semi-final finish at last year’s inaugural tournament.

The ATP Cup will be held from Feb. 1-5 in Melbourne ahead of the Australian Open, the year’s first Grand Slam, and the event will feature world number one Novak Djokovic and second-ranked Rafa Nadal.

“The players are looking forward to stepping up and representing their countries again, and the field, including defending champions Serbia and finalists Spain, is strong,” tournament director Tom Larner said.

“This is a format that shows off the passion of the players and we’re expecting some spectacular tennis action.”

The draw for the ATP Cup will take place on January 20.

Kyrgios, often branded “polarising” for his long rap sheet of indiscretions, had been a galvanising force in raising funds and awareness for Australian bushfire relief efforts during the ATP Cup last year.