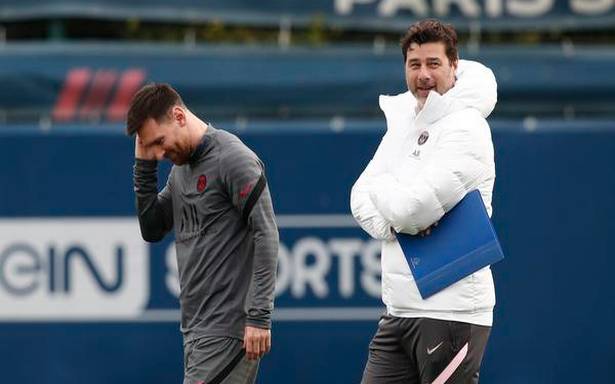 The experience of a football match in Argentina is almost unmatched for the raw passion of the crowd, the spectacle in the stands often more eye-catching than events on the pitch.

That can be the case for any game, but when Paris Saint-Germain come to town it is very special indeed.

Le Classique — as it is sometimes known —is the biggest fixture in French football, and on Sunday it will have a distinctly Argentinian flavour.

This will be Sampaoli’s first match against PSG as Marseille coach. In the away dugout will be his compatriot Mauricio Pochettino. In the away team will be Lionel Messi, getting his first taste of France’s biggest grudge match.

Table-topper PSG is overwhelming favourite. It has lost just once to OM in 10 years.

PSG now totally dominate French football, but once Marseille was the country’s pre-eminent club, and it remains the only French winner of the Champions League, in 1993.

They have a proud history, and in Sampaoli it has a man capable of giving new hope to a city obsessed with “l’OM”.

Like Messi, Sampaoli played in the youth ranks at Newell’s Old Boys. While Messi left for Barcelona aged 13, Sampaoli’s playing career was halted by injury before it properly began.

There are parallels between Sampaoli and Marcelo Bielsa, who became a cult hero in charge of Marseille in 2014-15 and who managed Pochettino at Newell’s, the pair reaching the Copa Libertadores final in 1992.

Sampaoli led Argentina to the 2018 World Cup in Russia, but it was a disastrous campaign.

Now they find themselves in opposing camps in Ligue 1 after Messi’s move to Paris in August.

The Messi factor means the celebrations in Marseille will be quite something if they can get the better of PSG.