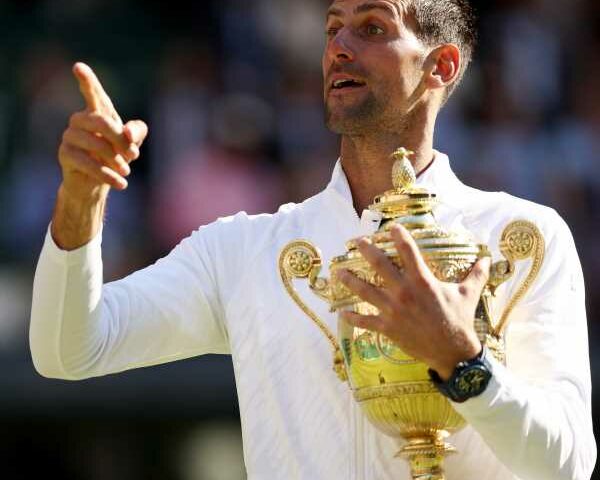 Novak Djokovic stayed serene amid a frenzied atmosphere to tame fiery Australian Nick Kyrgios in an engrossing final on Sunday, winning a seventh Wimbledon title and taking his Grand Slam title count to 21.

Rallying from a set down, Djokovic exhibited ice-cool nerves in sweltering conditions to win 4-6, 6-3, 6-4, 7-6(3) for his fourth consecutive trophy at the grasscourt major to close in on Rafael Nadal’s record 22 Grand Slam titles.

By lifting the Challenge Cup once again, Djokovic drew level with his childhood idol Pete Sampras in the all-time winners list and is now just one shy of Swiss Roger Federer’s record eight Wimbledon titles.

Since then, the Serbian has been congratulated by a number of people, but the one who instantly went viral was the duke and duchess of Cambridge’s eldest son.

Prince George of Cambridge, who is third in the line of succession to the British throne, made his Wimbledon debut at the men’s singles final on centre court.

George and his parents Prince William and Kate, the duchess of Cambridge, congratulated Djokovic on his triumph. 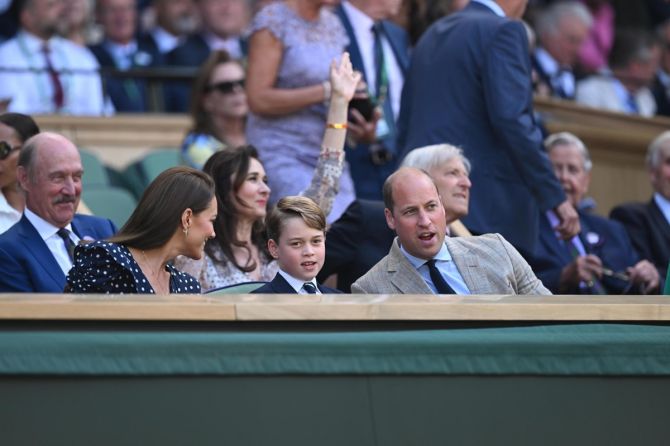 The young royal was urged to not drop the prized Wimbledon trophy by his father after being handed the trophy by Djokovic.

Wimbledon shared the video on Twitter with a caption that read, ‘It’s been a special first #Wimbledon visit for Prince George.’