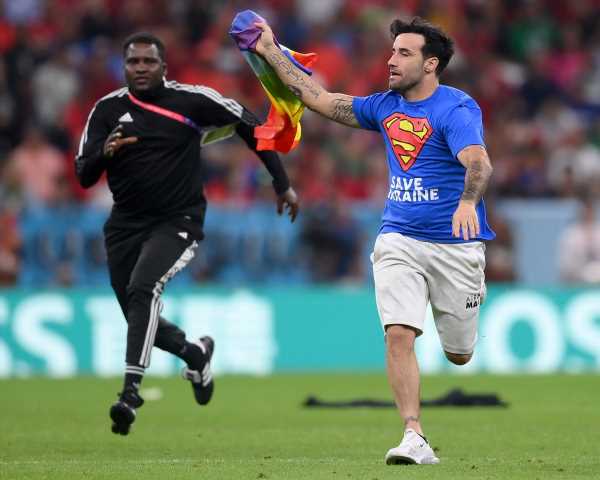 In Qatar, hosts of the FIFA World Cup 2022, homosexuality is illegal.

FIFA has forbidden teams from any displays of rainbow colours, the universal LGBT symbol, at the competition. But that didn’t prevent a spectator from running onto the playing field in the 51st minute of the match between Portugal and Uruguay at the Lusail stadium with a rainbow flag.

The invader dropped the flag on the field, which the referee picked up and had it removed from the ground. 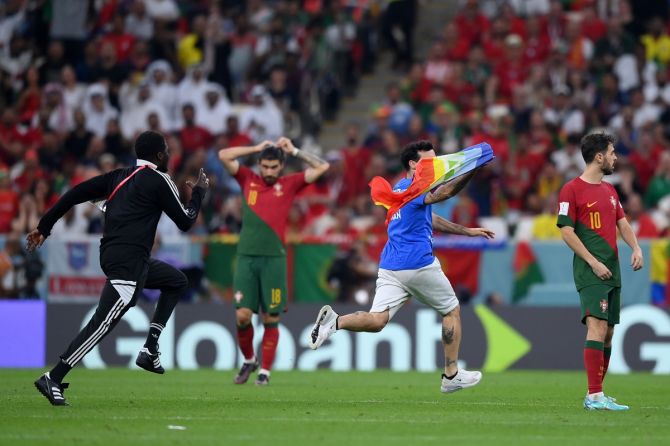 The fan was taken away by match stewards with many taking to social media to praise his actions.

Apart from the rainbow flag, a message on the pitch invader’s T-shirt read, ‘Respect for Iranian Women’. 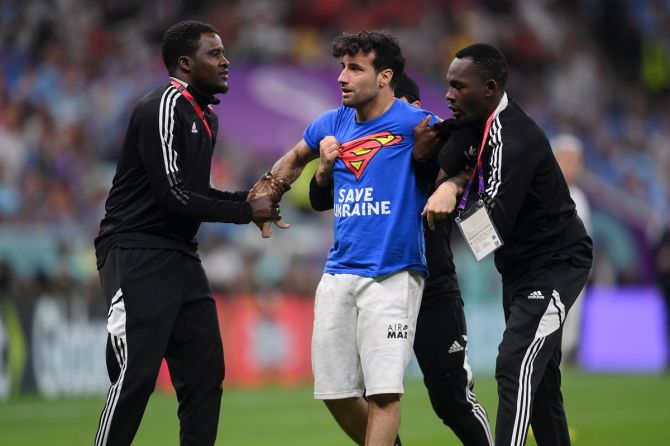 The front of his shirt, which had a Superman logo, were the words ‘Save Ukraine’.

Hurrah!, we say, for this voice against oppression.