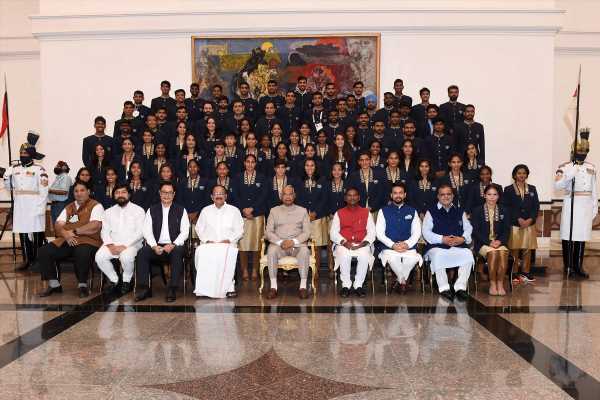 The seven medals the Indian contingent won in Tokyo — one gold, two silver and four bronze — is the highest number of medals India has won at an Olympics, more than the six medals Indian sportspeople brought home from the London Games in 2012. 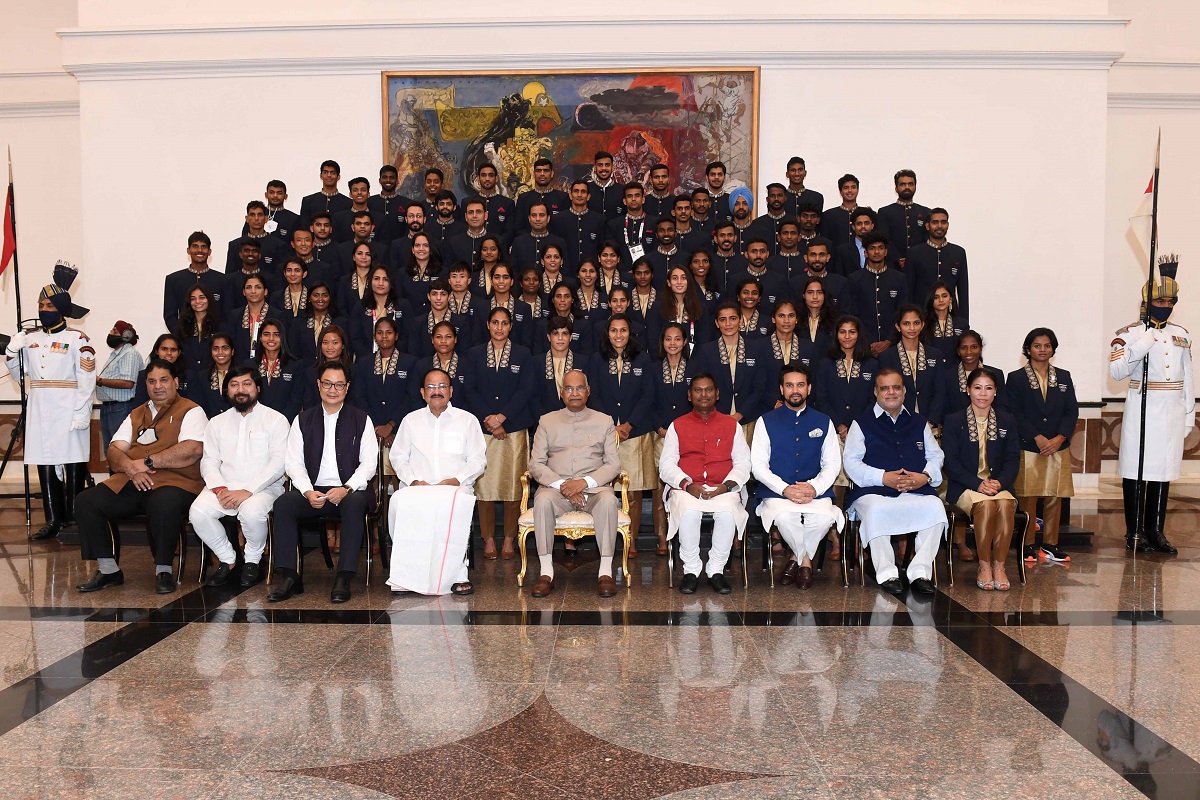 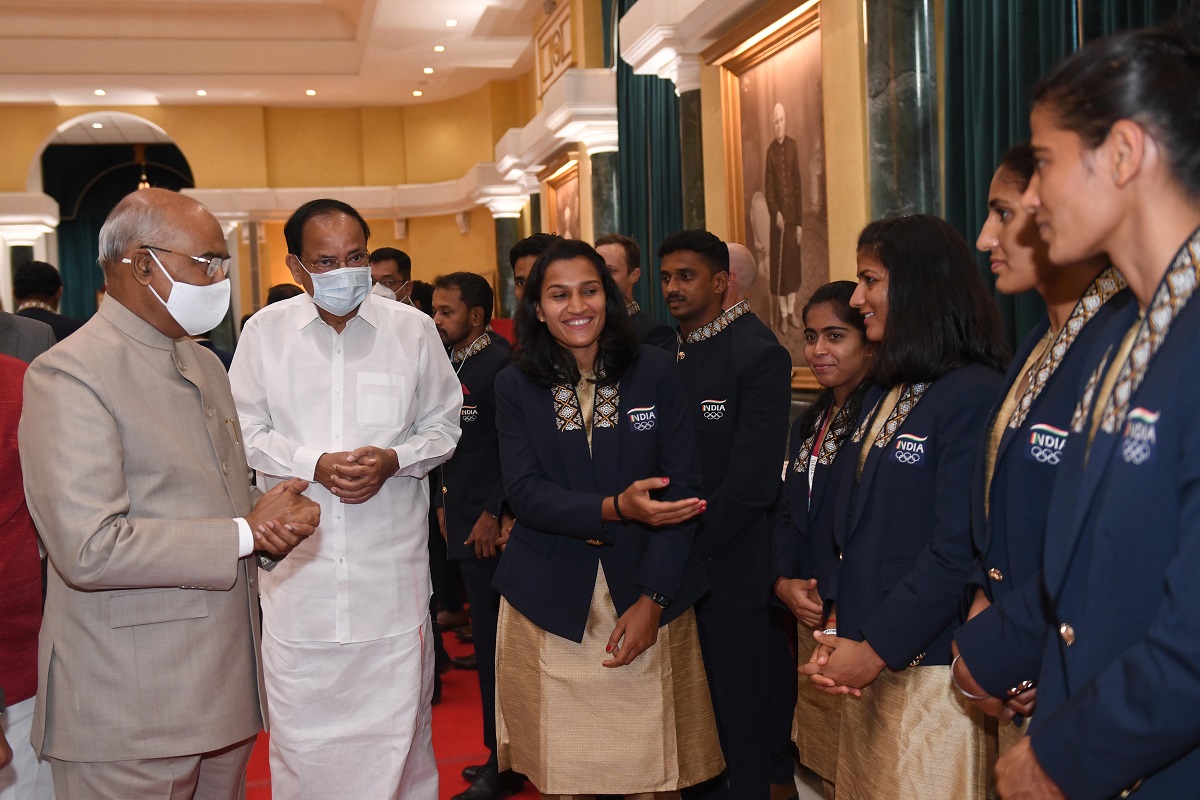 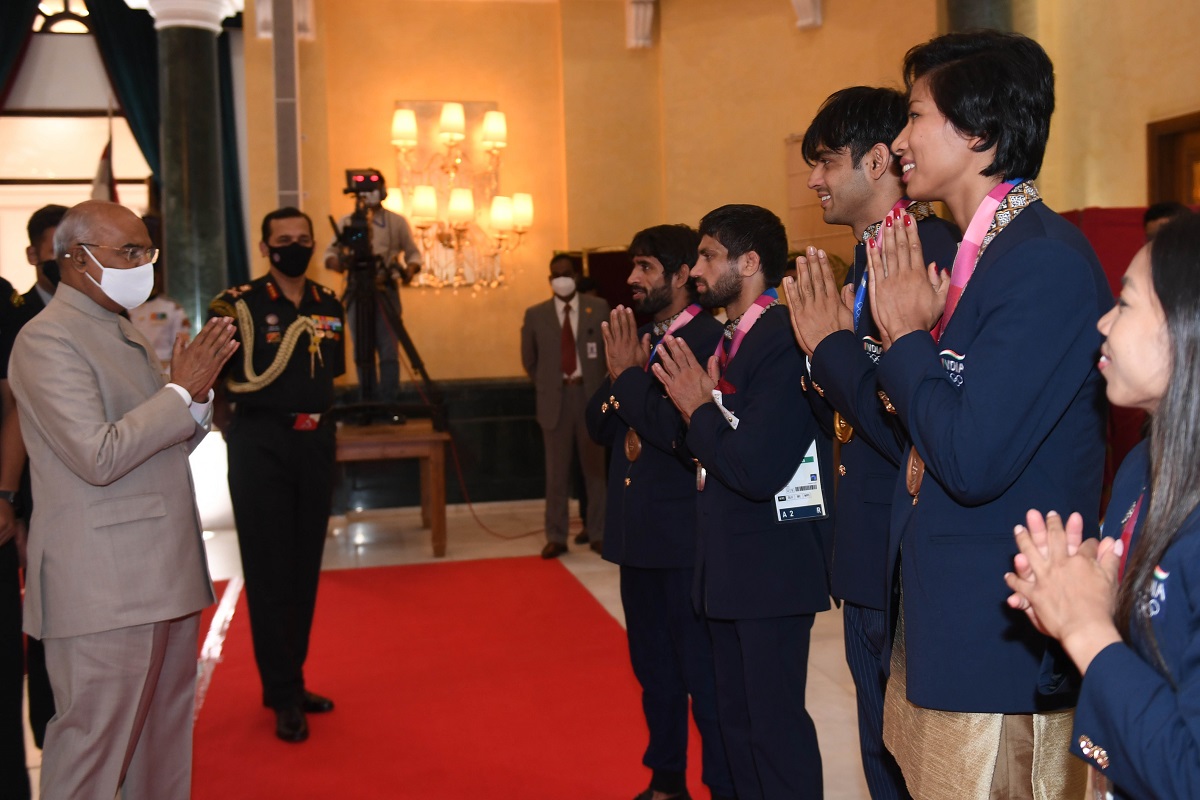 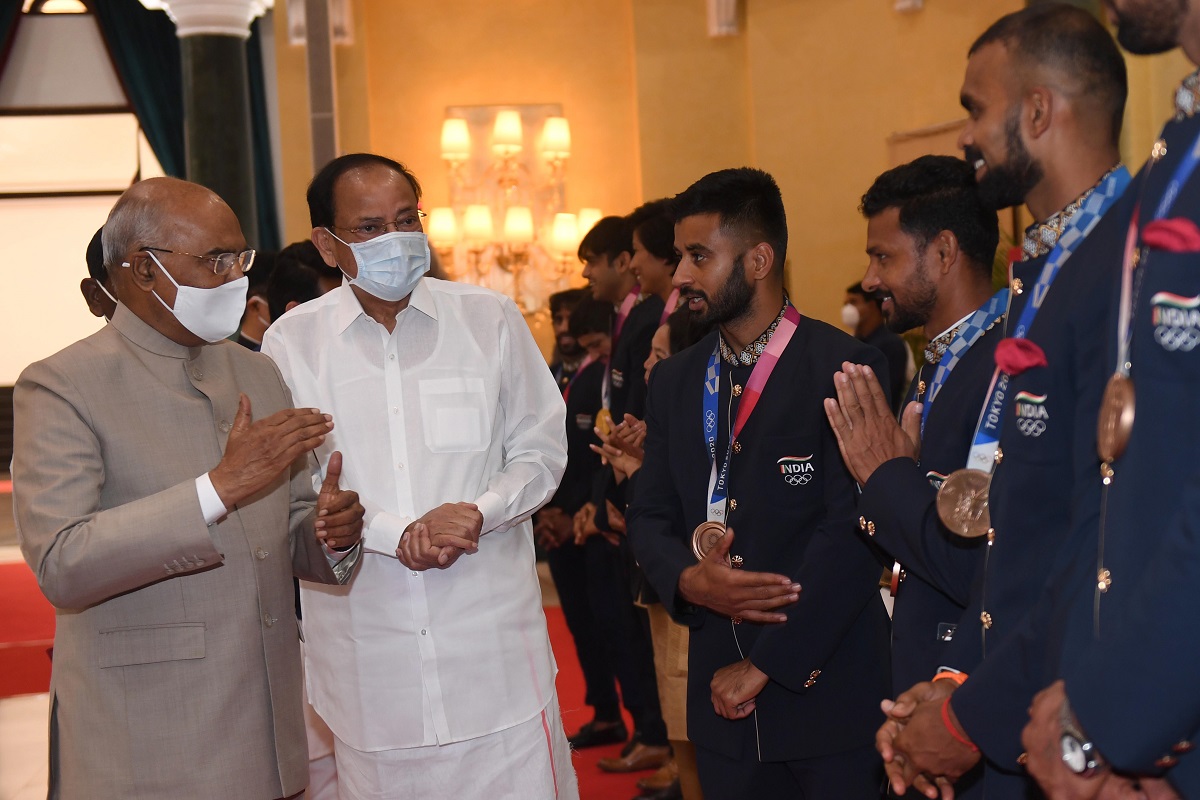 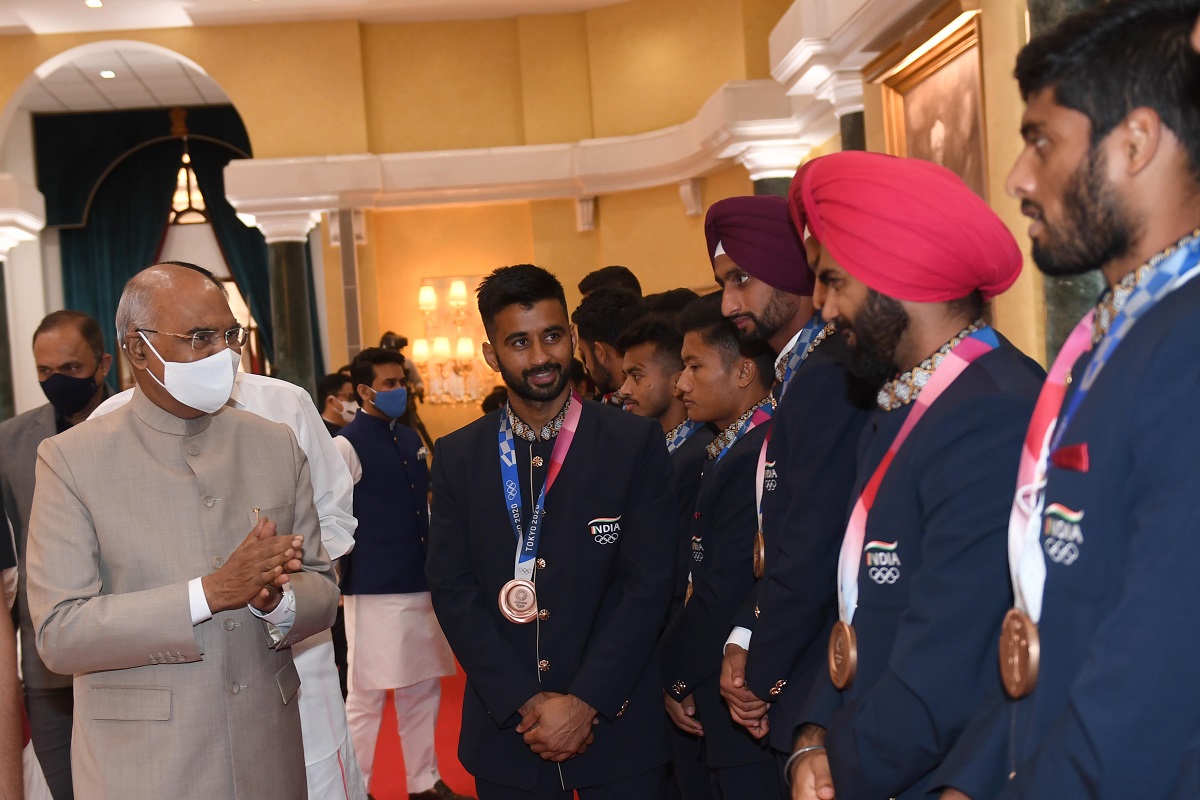 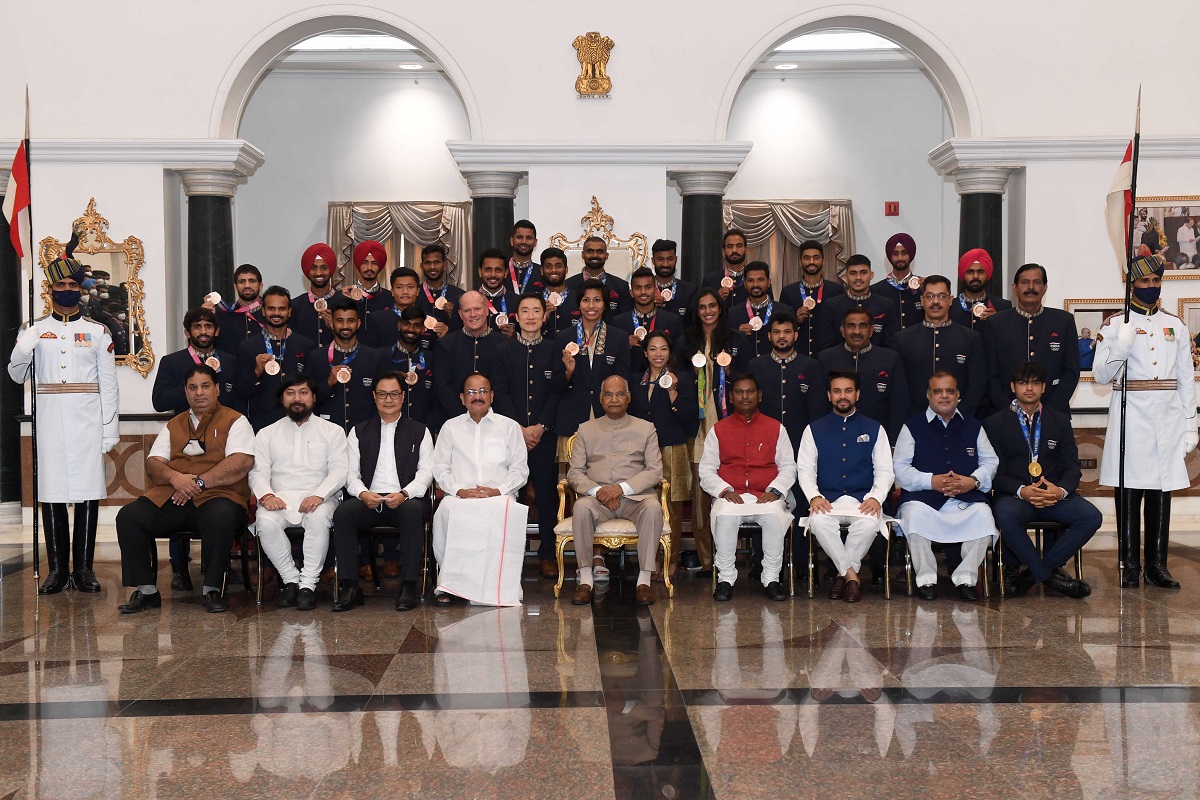 IMAGE: Neeraj Chopra — the first Indian to win a Gold medal in an Olympics track and field event — seated right with the other Tokyo Olympics medal winners and their coaches, President Kovind, Vice President Naidu and others.
Photograph: Rashtrapati Bhavan