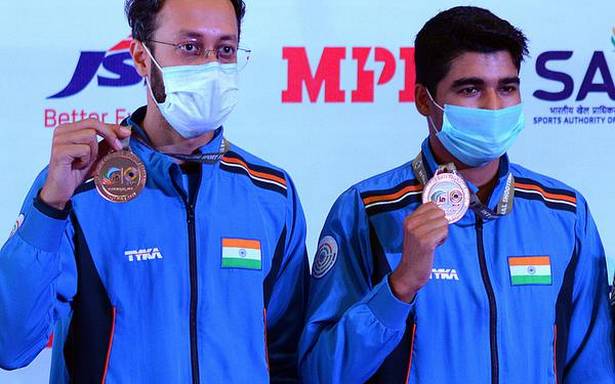 Saurabh Chaudhary and Abhishek Verma settled for the silver and bronze in men’s air pistol, as Christian Reitz of Germany dominated right through to capture the gold, in the President’s Cup shooting championship in Wroclaw, Poland.

The Indian duo had the satisfaction of going past the Olympic champion Javad Foroughi, but were unable to match Reitz who topped the qualification and semifinals before asserting himself in the four-men final, finishing 10 points ahead of Saurabh.

In women’s air pistol, qualification topper Manu Bhaker missed the final by one point as she finished third behind Mathilde Lamolle and Olena Kostevych in the semifinals. Olena and Mathilde went on to win the gold and silver respectively.