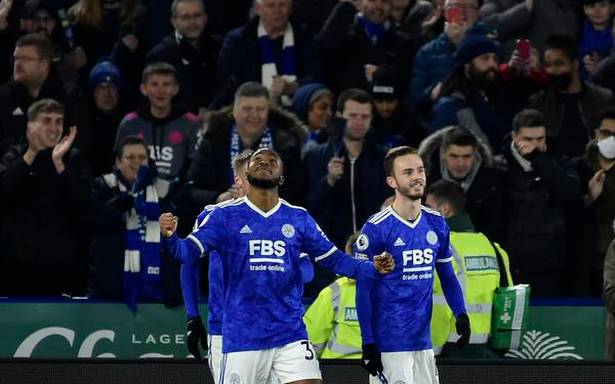 Jurgen Klopp admitted Liverpool had only itself to blame for its shock 1-0 defeat at Leicester as Mohamed Salah’s penalty miss and Ademola Lookman’s winner dented the Reds’ title challenge on Tuesday.

Klopp’s side saw its 10-match unbeaten run in all competitions ended by Lookman’s second half strike.

Beaten for the first time since its 3-2 loss at West Ham in November, second placed Liverpool paid the price for missed chances.

Crucially, Kasper Schmeichel saved Salah’s first half penalty as Liverpool failed to score in the league for the first time since March.

“We were just not good enough. We still had enough chances. What we did with the ball was just not right. We played a really bad game,” Klopp said.

“We should have defended better. We do that usually, why we didn’t do it today is hard to explain. There were so many performances below the normal level.”

Liverpool’s flop against a Covid and injury ravaged Leicester, which was hammered by City on Sunday, puts extra pressure on it to take maximum points at title rival Chelsea in their first game of 2022 on Sunday.

Elsewhere on Tuesday, Tottenham was held to a 1-1 draw at 10-man Southampton.

Southampton took a deserved lead in the 25th minute with a stunning strike from James Ward-Prowse.

The game was turned on its head when Mohammed Salisu brought down Son Heung-min in the penalty area shortly before half-time.

Salisu was sent off for a second yellow card and Harry Kane made no mistake from the spot.