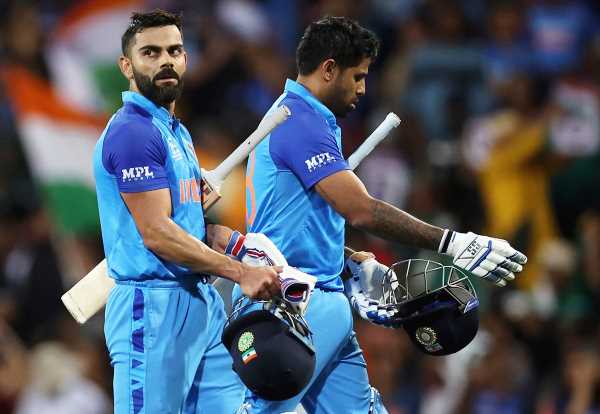 Virat Kohli hit a second successive unbeaten half century as India made it two wins from two matches at the Twenty20 World Cup with a comfortable 56-run victory over the Netherlands at the Sydney Cricket Ground on Thursday.

Skipper Rohit Sharma and Suryakumar Yadav also reached the 50-mark as India eased to a competitive 179 for two before restricting the Dutch to 123 for nine to move a point clear of South Africa at the top of Group Two.

Kohli’s 44-ball 62 featured only three fours and two sixes — the first when he went inside out over the covers to bring up his 50 — but was full of delightful touches and took his tally to 144 runs from the two matches.

While the night lacked the extraordinary drama of their Super 12 opener against Pakistan in Melbourne on Sunday, there was a similar party atmosphere in Sydney with a big, noisy crowd almost entirely made up of India fans.

Having won the toss and elected to bat, India served up another relatively modest powerplay tally of 32 as the Dutch bowlers did a good job of containing the batsman and removed opener KL Rahul cheaply. 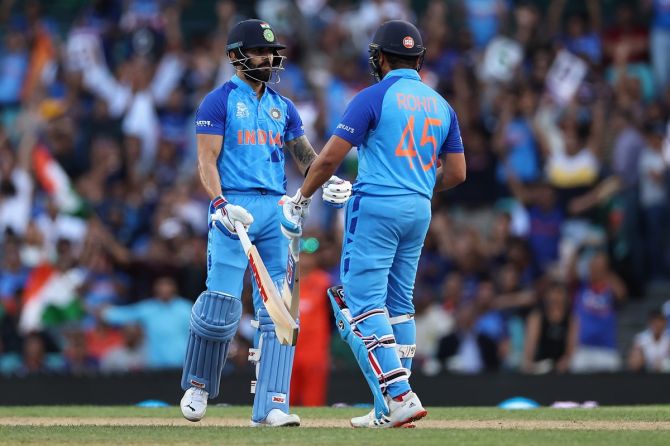 Rohit was first to up the pace and he scored 53 off 39 balls before holing out, leaving Kohli, cheered to the rafters on every ball he faced, to take the lead for the remainder of the innings.

Suryakumar joined in the fun from the other end with a 25-ball 51 not out and the 32-year-old righthander finished the innings in some style with a leg glance for six.

“The message was loud and clear when I went into bat, we had to get about 8-10 an over and get a total that our bowlers could defend easily and I’m very happy with the way things went,” said Suryakumar, who shared a partnership of 95 with Kohli.

“I’m really enjoying batting with (Kohli), I think the thoughts are very clear when we are playing together.”

India’s bowlers came out with a purpose typified by seamer Bhuvneshwar Kumar (2-9), who removed Vikramjit Singh during one of his two powerplay maidens.

Spinner Axar Patel (2-18) clean bowled the other Dutch opener Max O’Dowd for 16 with his second delivery, while Ravichandran Ashwin and Arshdeep Singh also pitched in with a couple of wickets each. 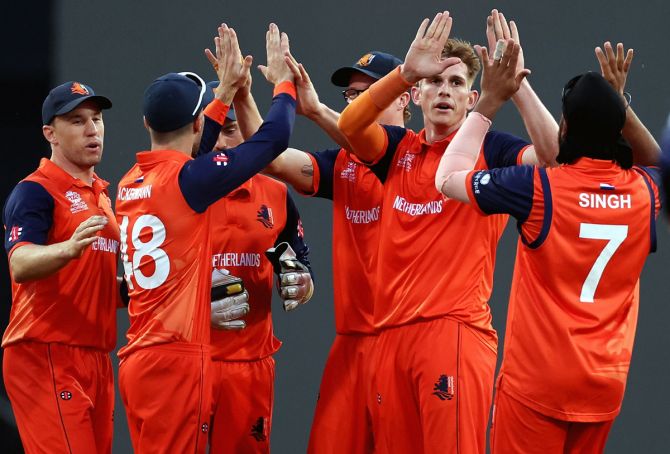 The Dutch, playing India for the first time in the format, stuck manfully to their task but were strangled by the disciplined bowling. Tim Pringle was their top scorer with 20 runs.