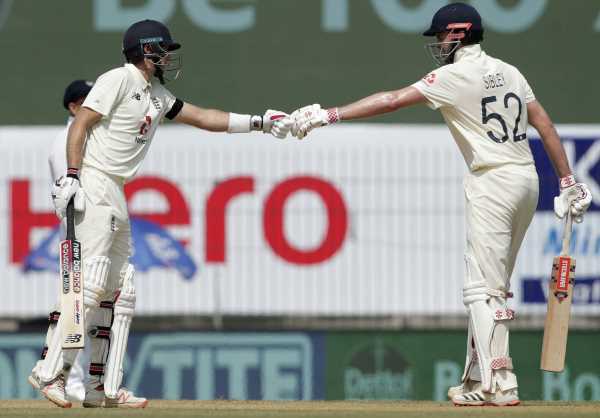 Images from Day 1 of the first Test between India and England, at the M A Chidambaram stadium, in Chennai, on Friday.

Skipper Joe Root and opener Dominic Sibley produced some fine batting to rally England to 140 for 2 at tea on the opening day of the first Test against India, at the M A Chidambaram stadium, in Chennai, on Friday.

Playing his 100th Test, Root was batting on 45 and Sibley on 53 at the break. The pair put on 77 runs for the unbeaten third wicket. 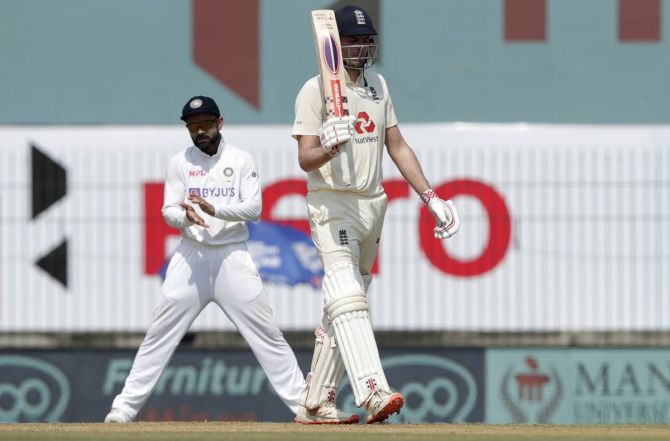 While Sibley was all patience and waited for the bad deliveries to score runs, Root, who smashed a double hundred and a century in his previous two Tests in Sri Lanka, underlined his class with some superb shots as the two went about shoring up the innings.

Pacers Ishant Sharma and Jasprit Bumrah and the spin trio of Ravichandran Ashwin, Shahbaz Nadeem and Washington Sundar tried every trick possible but could not break British batsmen’s resolve. 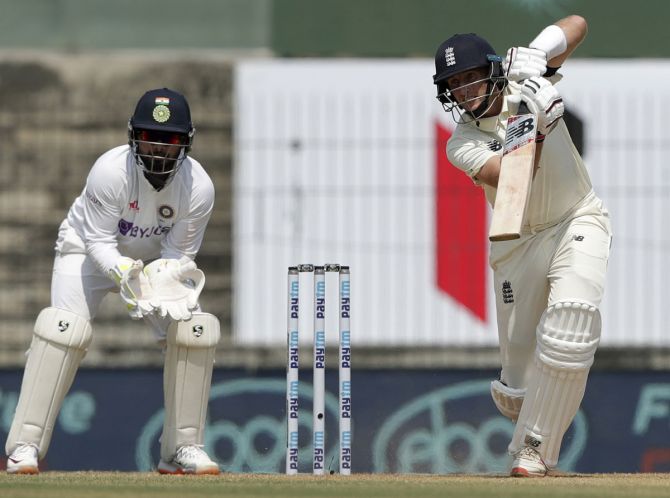 Ishant bowled exceptionally well in the second session, but that was not enough to earn him reward.

Bumrah and off-spinner Ravichandran Ashwin (1/52) had bagged a wicket each just before lunch to leave England in a spot of bother at 67 for 2. 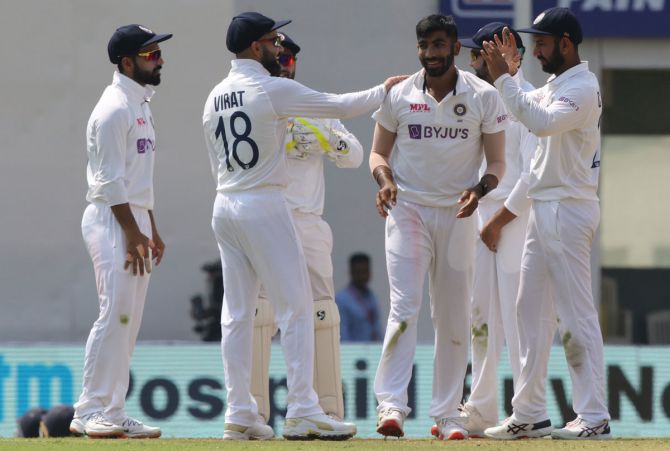 Pacer Jasprit Bumrah and off-spinner Ravichandran Ashwin took a wicket each as England were restricted to 67 for 2 at lunch.

Skipper Joe Root, playing his 100th Test, was batting on 4 while opener Dominic Sibley was undefeated on 26 (96 balls, 3 fours) going into the break.

Openers Sibley and Rory Burns provided England a solid start with a 63-run partnership during which they did not appear in any trouble. 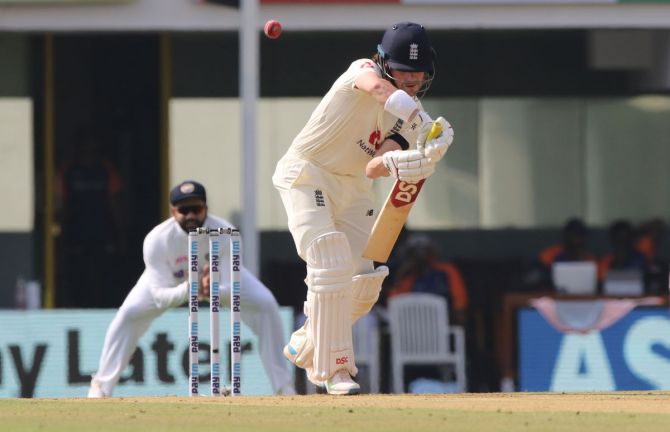 After negotiating the pace duo of Ishant Sharma and Bumrah (7-1-17-1), they kept Ashwin (10-0-31-1) and left-arm spinner Shahbaz Nadeem (5-1-11-0) at bay, showing patience and also playing shots whenever offered the opportunity.

The openers appeared to be making steady progress before Burns unnecessarily went for a reverse sweep off Ashwin and saw the ball lob to wicketkeeper Rishab Pant for an easy catch. 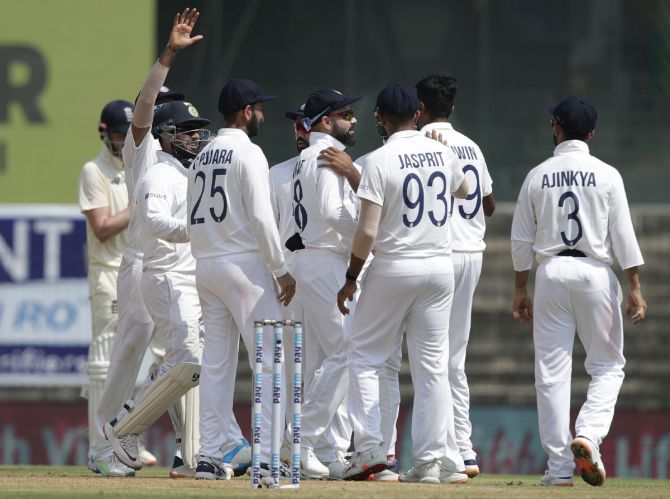 Newcomer Dan Lawrence was sent back by Bumrah, who sent down a beauty which tailed in sharply, catching the batsman plumb in front.

India’s captain Virat Kohli had introduced Ashwin into the attack in the eighth over but openers Sibley and Burns negotiated the first hour without much trouble. 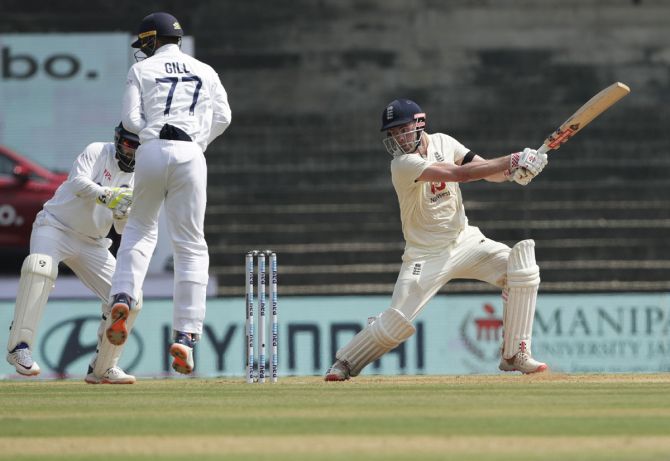 Ishant (5-1-8-0) and Bumrah bowled steadily but could not cause any damage.

Bumrah, playing his first Test at home, saw Pant grass Burns off the first delivery, which the batsman tried to glance. 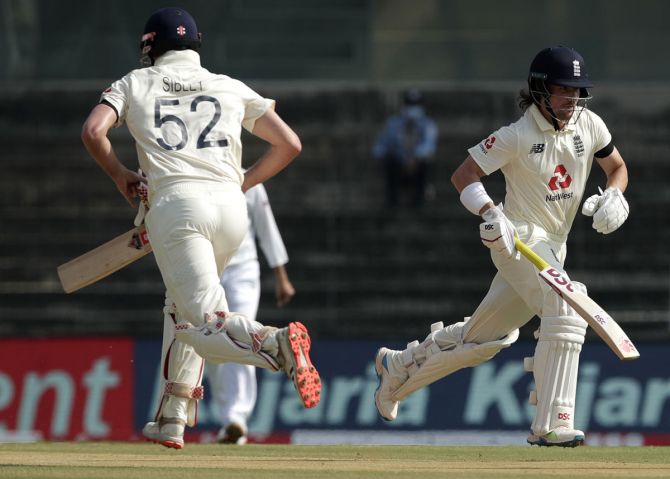 Star all-rounder Ben Stokes, Jofra Archer and Rory Burns returned to the side after missing the series in Sri Lanka.

Kohli returned for India after the paternity break as did Ishant, while Shahbaz Nadeem got to play his second Test.