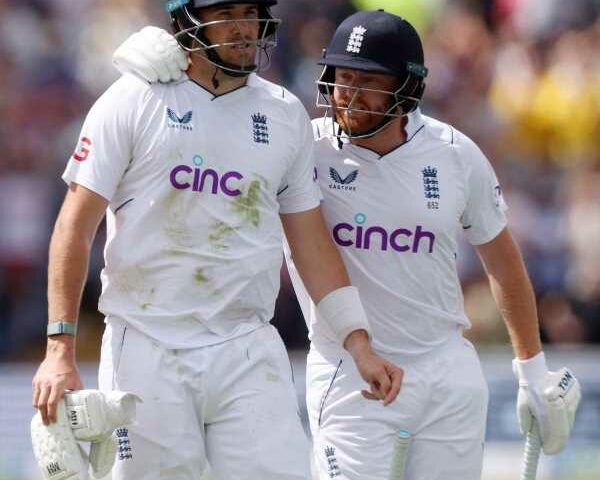 IMAGES from Day 3 of the 3rd Test played between England and New Zealand at Headingley on Saturday.

England’s Jonny Bairstow smashed a magnificent 162 while debutant Jamie Overton fell three runs short of a century as the hosts were dismissed for 360 in their first innings at Headingley on Saturday for a 31-run lead over New Zealand.

The tourists survived the five overs leading into lunch on day three, as they went into the break on 13 for no loss to trail by 18 runs with Tom Latham and Will Young at the wicket.

Resuming on their overnight total of 264-6, Bairstow and Overton continued to play positively early in the morning session before the latter edged paceman Trent Boult to Daryl Mitchell at first slip to miss out on his landmark.

Bairstow and Overton came together with England at 55-6 and their brilliant rescue act resulted in a 241-run partnership for the seventh wicket to keep the hosts afloat.

Overton struck 13 fours and two sixes in his 136-ball knock. 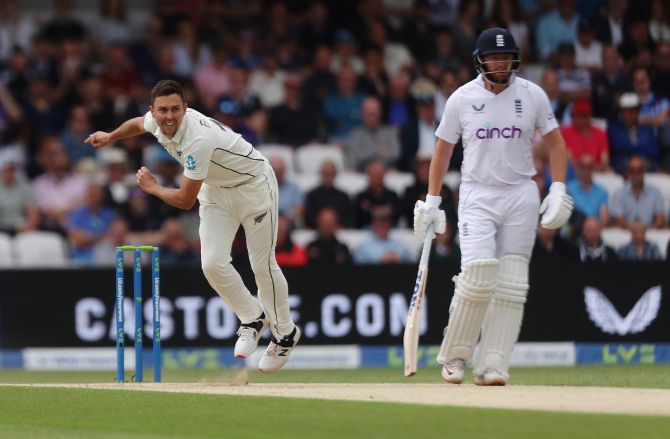 His dismissal brought Stuart Broad to the wicket and he struck a 36-ball 42, targeting fellow pace bowler Boult in the 60th over by smashing him for two fours and a massive six and punishing Neil Wagner in the next over.

Broad was bowled by Tim Southee before Bairstow, who hit 136 in 92 balls at Trent Bridge in the second Test to win the match for England, fell looking to raise the scoring rate as Michael Bracewell had him caught at long-off by Boult.

England have a 2-0 lead and are aiming to win every match of a home series with at least three Tests for the first time since their 4-0 rout of India in 2011.