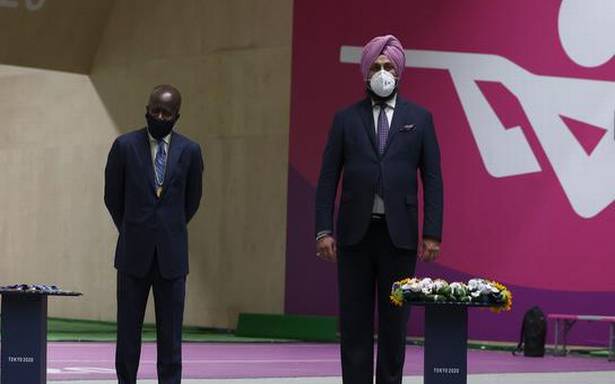 Raninder conceded that Jaspal’s presence would have helped Manu in Tokyo.

National Rifle Association of India (NRAI) president Raninder Singh said everything “humanly possible” was done to prepare the shooting team for the Tokyo Olympics, admitting that he has been perplexed by the performance of the shooters so far.

Raninder said the “period of ransom is over” and he would take a closer look at the role of the coaches after the Games.

About the alleged conflict between coach Jaspal Rana and Manu Bhaker, he said the two had worked together and achieved fabulous results in the last few years.

While many Indian coaches were sent to Tokyo, Jaspal was not given accreditation.

Raninder conceded that Jaspal’s presence would have helped Manu in Tokyo. Despite efforts to resolve the discord, the situation was beyond repair, especially with Manu’s family expressing reservations.

The NRAI president revealed that he had to bring in Ronak Pandit to guide Manu as he was good in both the 10m and 25m events.