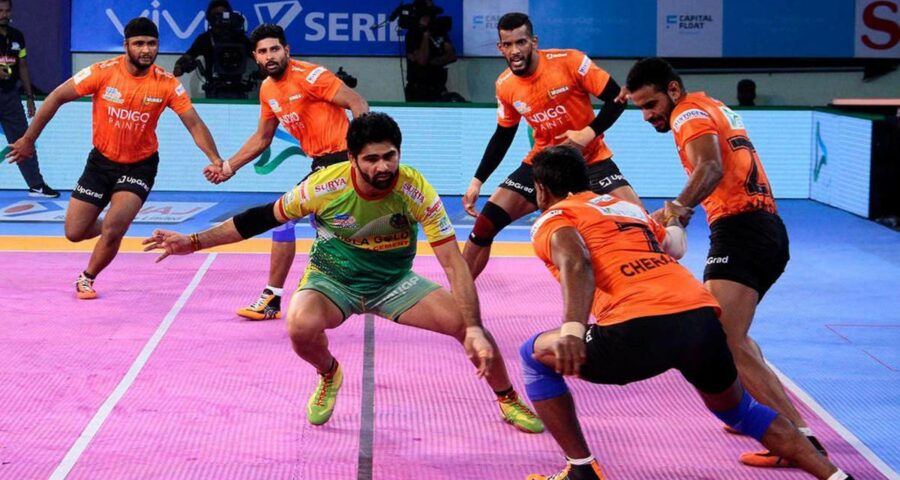 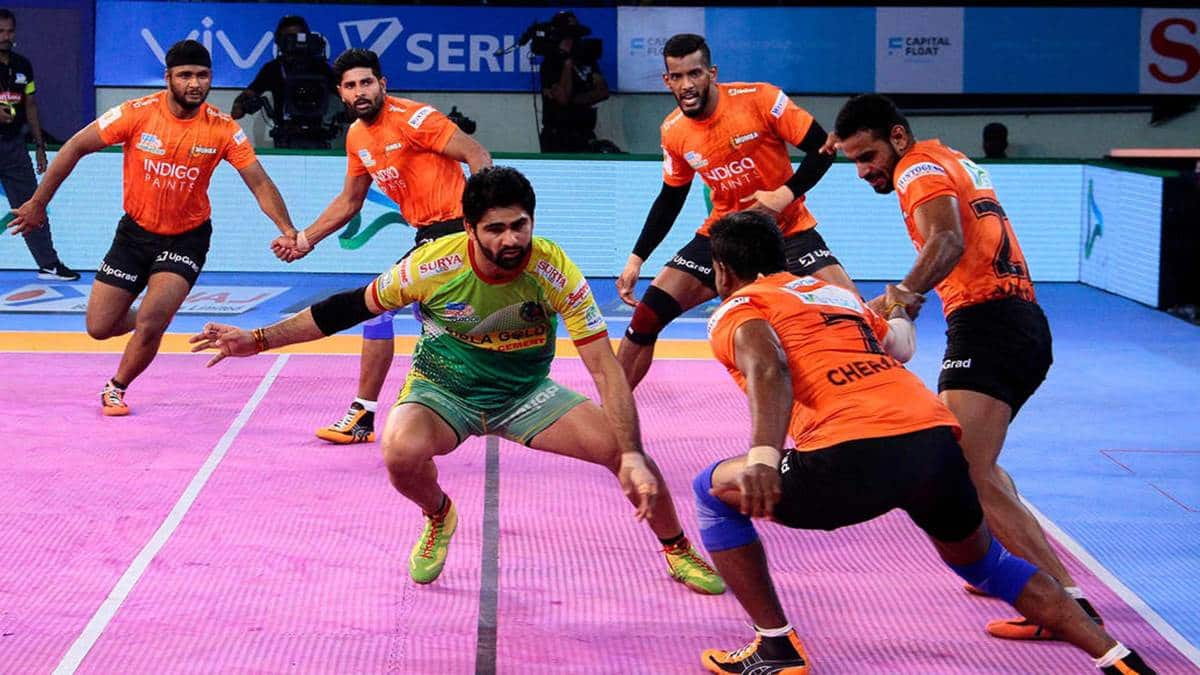 A boyish grin etched on his face, Pardeep Narwal started to shuffle in his seat. The excitement could be likened to that of a kid in a candy store – the thrill before you’re handed over the bag of goodies. In Narwal’s case, the prize was the biggest payday any kabaddi player has ever received. At the Pro Kabaddi League auction on Monday, the 24-year-old became the marquee league’s most expensive player ever, costing the UP Yoddha a whopping Rs 1.65 crore to acquire his services for Season 8 of the event.

“Bahut accha lag raha hai,” he said in a television interview. “This is the first time I’ve ever been auctioned, but I was expecting to go for at least Rs 1.5 crore.”

For a man who rarely speaks, this was a big statement of his own expectations – which were eventually exceeded. But then again, it wasn’t entirely a surprise.

Narwal has been the league’s most explosive raider – capturing 1160 raid points in 107 matches (second placed Rahul Chaudhari has 955 points in 122 matches). But this was not the first time anyone in the kabaddi sphere had seen that boyish grin.

In an interview with The Indian Express in 2016, renowned kabaddi coach Randhir Singh Sehrawat recalled the youngster’s reaction when he was handed his first ever pair of kabaddi shoes.

“He spent about two minutes just staring at them, and smiling at them,” Sehrawat, who is coach of the Bengaluru Bulls PKL team, had said.

It was Sehrawat who had first introduced the PKL world to the player who had never represented even a district-level team before he made his debut in the league. In fact, Narwal had never been away from his home in Rathdhana village near Sonepat – save for a few trips to New Delhi – when he first met the coach.

In 2015, Sehrawat, a coach known to find raw players and groom them into international stars (the likes of Manjeet Chhillar and former India captain Rakesh Kumar were once his proteges) was a chief guest at a local tournament. In that match, Narwal ‘stumbled’ into the opponent’s half and was promptly surrounded by all seven defenders.

“There was no way out of a tackle, but somehow, he managed it. If he could pull that off, I knew with a bit of training he could do much better,” Sehrawat says. Immediately, the coach arranged for the youngster to travel to Bangalore for a trial.

“As soon as the flight took off, he looked out of the window and gripped the armrest,” the coach recalled. “He kept muttering, ‘hey maa, hey maa.’”

In that 2015 season, Narwal played a small role for the Bulls team that finished runner-up. The following year, he moved to the Patna Pirates and announced himself onto the big stage, leading the team to three consecutive titles. 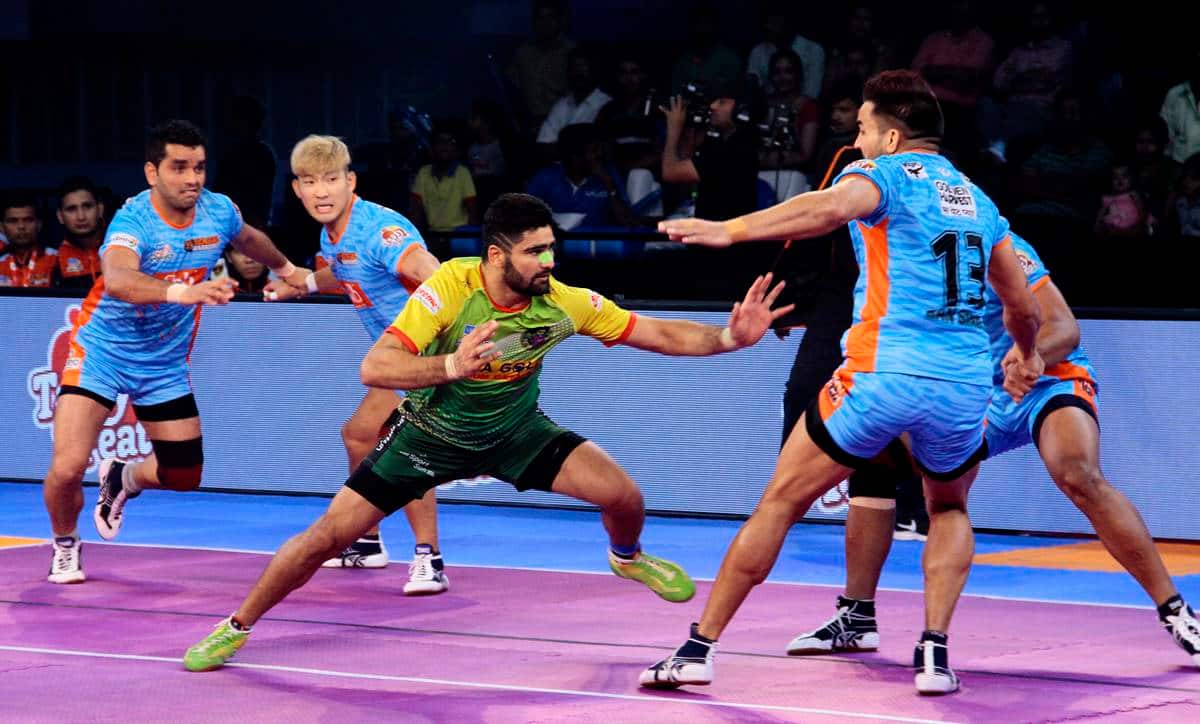 On the way he became a national team regular as well, winning the 2016 World Cup in Ahmedabad and bronze at the 2018 Asian Games.

But at the end of the last PKL season, in 2019 (the 2020 season was cancelled due to the Covid-19 pandemic), he decided it was time for him to enter the auction for the first time. When he first played in the PKL, his contract with the Bulls was worth Rs 11.8 lakh. It was an amount perhaps generous for the debut season of a player who had a humble upbringing on his parents’ farm.

When he went under the hammer for the first time though, on Monday, his base price was Rs 30 lakh – a formality for a player well expected to draw an eight-figure salary. On the night he was one of only two players to cross the Rs 1 crore mark, the other being Siddharth Desai who will play for the Telugu Titans for a return of Rs 1.3 crore.

Sehrawat remembered the first time Narwal had stepped on a kabaddi mat. It’s common practice for players to bow down, touch the mat for luck and blessings before stepping onto it. Before Narwal did that on the first day of his trial with the Bulls in 2015, he wasn’t touching the surface as much as he was poking it.

“We thought he was nervous and was praying. But he had never seen a mat before. He was actually checking to see how soft or hard it was,” Sehrawat added.

And then he became the most prominent scorer on that surface.