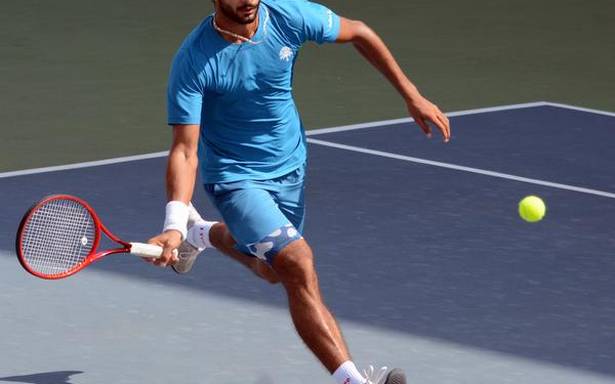 Paras Dahiya overcame an energetic Karan Singh, scripting a 6-2, 7-5 victory in the men’s first round of the Fenesta National tennis championship at the DLTA Complex here on Tuesday.

A trainee of the Altevol Academy in Ahmedabad, fourth seeded Dahiya had spent the last few weeks in Germany to develop his game. He was sharp to bounce back in both the sets, after Karan had taken the initiative with early breaks.

Dahiya recovered his touch to win the first set after being down 2-0, even as Singh lost his focus to a string of questionable line calls, most of which went against him.

In the second set, Singh, the national junior champion, looked to have regained his rhythm, but lost his grip after being up 4-0.

Quite remarkably, Dahiya won three games without dropping a point to reach 3-4, and dropped only five points in winning the last four games of the match.

A wiry left-hander who whips his shots and serves with a relish, former national champion Siddharth Vishwakarma broke little sweat in knocking out second seed Ishaque Eqbal for the loss of four games.

Another former national champion, Vishnu Vardhan got past Adil Kalyanpur, who had been out of the circuit in recent weeks. Vishnu will face third seed Nitin Kumar Sinha in the second round.