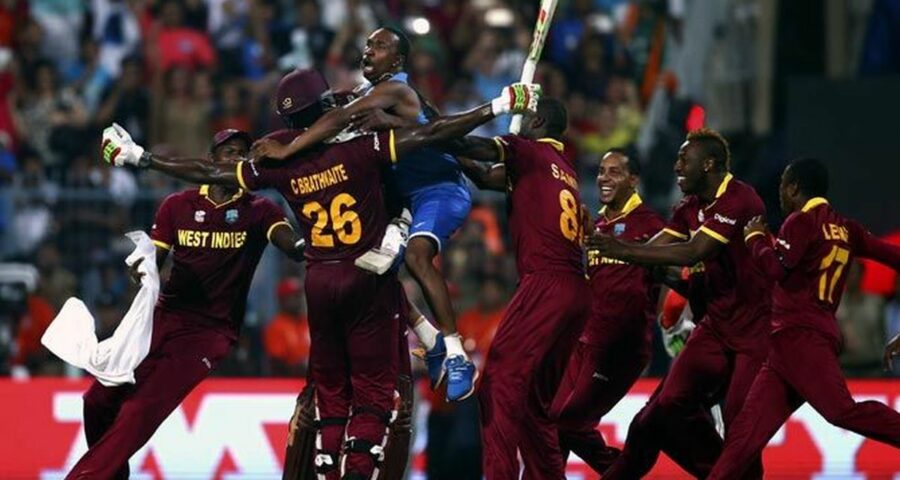 Five years ago, on this day, West Indies batsman Carlos Brathwaite helped his team clinch the T20 World Cup title after handing England’s Ben Stokes a hammering in the last over of the match.

‘#OnThisDay in 2016, Carlos Brathwaite hit four consecutive sixes off Ben Stokes… …and the rest was history Trophy’, ICC tweeted to mark the occasion.

It took just four deliveries against Brathwaite in the final to shatter Stokes’s hard-earned reputation of a death-overs specialist that he had nicely scripted through that tournament.

With West Indies needing 27 off the final 12 deliveries in their chase of 156, Chris Jordan gave away just nine runs in the penultimate over to set it up for Stokes to defend 19 runs and give England a second World Twenty20 title.

However, Stokes was left squatting on the ground and needed help from his teammates to pick himself up after he missed his length and Brathwaite smashed him for four consecutive sixes to power West Indies to an improbable win with two balls to spare.