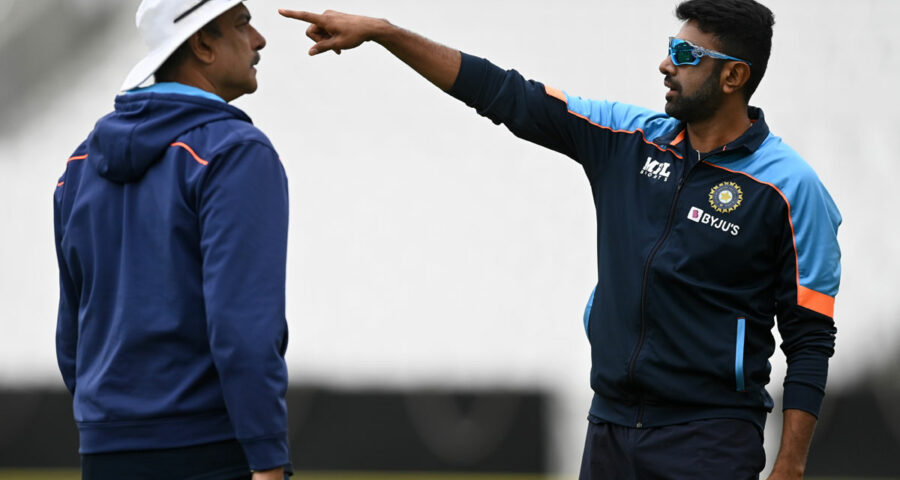 Former England skipper Michael Vaughan termed the non-selection of off-spinner Ravichandran Ashwin in India’s line-up for the fourth Test, which got underway at The Oval on Thursday, as “madness”.

“The non selection of @ashwinravi99 has to be greatest NON selection we have ever witnessed across 4 Tests in the UK !!! 413 Test wickets & 5 Test 100s !!!! #ENGvIND Madness,” tweeted Vaughan.

Ashwin hasn’t featured in any of the four Tests against England so far and his omission has become a huge debating point across the cricket fraternity.

Speaking at the toss, Root said: “We’re going to bowl first. Going to make use of the overhead conditions. Looks like a good morning for bowling, we need to still hit the right lines and lengths, like we did at Headingley. We’ve got two changes — Ollie Pope in for Jos Buttler and Chris Woakes comes in for Sam Curran. Chris (Woakes) knows his body well and we all know about his performances. (On being the top-ranked batsman) It does feel nice, but, obviously, has no standing on this game.”

India skipper Virat Kohli said: “We would have bowled first as well, but toss isn’t something you can control. Need to be prepared for either. We’re looking forward to putting runs on the board. Two changes — Ishant (Sharma) and (Mohammed) Shami have “niggles — Umesh (Yadav) and Shardul (Thakur) are back.

Former Australia all-rounder Tom Moody on Twitter: ‘Surprising to see no @ashwinravi99 in India’s XI, I believe there’s ample room to play both spinners and 3 specialist quicks. @root66 will line this attack up once again! #ENGvIND.

Among other sharp reactions coming in from different quarters on Ashwin’s non-selection was that of prominent Member of Parliament and cricket enthusiast Shashi Tharoor.

‘I can’t believe they left out Ashwin again, on England’s most spin-friendly ground. This team is unbelievable. You pick your five best bowlers, @ashwinravi99 has to be the first or second name. Omitting him & @MdShami11 at the Oval is like a death-wish — as if you want to lose!’ he tweeted.

‘Flabbergasted that India have gone in without Ashwin again’

Commentator Harsha Bhogle was also critical of the move: ‘I really hope it works but I am flabbergasted that India have gone in without Ashwin again.’

Former Australia women’s captain Lisa Sthalekar wrote: ‘So so surprised not to see Ashwin as part of the Test matchWoman shrugging#offiessticktogether.’

‘No @ashwinravi99 the world’s number 2 bowler not playing at Oval.. hope the selectors know a template/something that none of us do! #IndvsEng,’ Rajdeep tweeted.

‘It’s not Jadeja-the bowler that’s getting picked ahead of Ashwin in England…it’s the package that Jadeja is. And what’s in line with the balance of the side considering the 5-bowler strategy. Remember team-selection isn’t about justice…it’s about balance. #EngvInd,’ he wrote on his Twitter handle.

“For us, it’s about partnerships, we can’t focus too much on individuals. The opening partnerships have been good, it’s about getting more partnerships. We got a few days left on this tour, the series is poised nicely and there is going to be no shortage of effort from our side.”