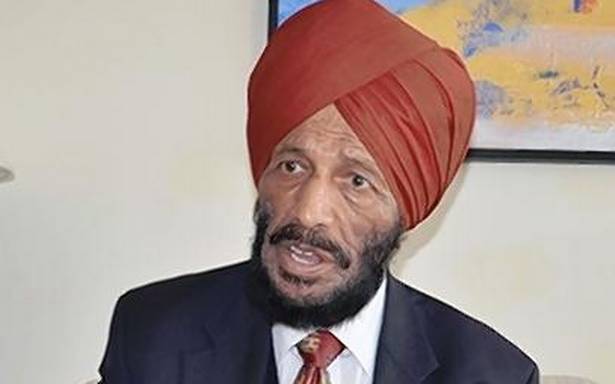 Chance meetings with Milkha at the Delhi Golf Club were very special. One always listened and learnt as he shared his wisdom while settling down for a light snack after a round of golf.

“Life has given me more than what I deserved.” Milkha often repeated this line. “I can’t help saying this each time I am asked to reflect on my life.”

Having lived through the horrors of partition to become the best-remembered Indian athlete for generations, Milkha lived a life where he remained eternally grateful to God. “God wanted me to play a part in bringing glory to India and bestowed me and my family with all the goodness. My country and countrymen gave me more than what I could ever expect. Now, I pray to live and die healthy.”

Chance meetings with Milkha at the Delhi Golf Club were very special. One always listened and learnt as he shared his wisdom while settling down for a light snack after a round of golf.

A diehard advocate of discipline and a devotee of fitness, Milkha attributed these characteristics to his time at the Indian Army. His penchant for running is well known but many are unaware that Milkha refrained from taking medicines and found a remedy in running even in sickness. “I slip into my tracksuit and go for a jog. Once you perspire, all the pain goes away. Try it sometime and see the difference,” he would say.

“Army gave me a second life. For three or four years after partition, I roamed around doing odd jobs. (I) always wanted to join the Army but succeeded only in my fourth attempt. It was in the army that I got a chance to take part in the cross-country run. Army saw some talent in me and encouraged me. For the Southern Command and later for the Services, I won a number of races in 200 and 400 metres.”

Milkha held the 1958 Commonwealth Games 440-yard gold medal (in Cardiff) very close to his heart. “This was really a very special moment. The other moment was when I was honoured with the Helms Trophy for (being) the best athlete. That felt incredible.”

The official photo finish of the 400m final at the Rome Olympics on September 6, 1960. It shows Otis Davis of the U.S. (nearer, right) turning his head as Carl Kaufmann of Germany lunges at the tape with his head. This trick, which gave Lee Calhoun of the U.S. the high hurdles title, failed to work for Kaufmann. The judges awarded the race to Davis but gave both athletes the world record smashing time of 44.9s. Malcolm Spence of South Africa was third in 45.5s and India’s Milkha Singh fourth in 45.6s. Photo: The Hindu Photo Archives

His best days came between 1958 and 1962. But the heartbreak of missing a medal in the 1960 Rome Olympics left behind a lingering pain. “I cried for many days after that loss. But Nehru Ji (the then Prime Minister Jawahar Lal Nehru) was very kind and told me that the nation was proud of me and I should not despair having given my best,” he once shared.

“Running on those cinder tracks (later replaced by the synthetic tracks from the 1968 Olympics) took out a lot of the athletes. We had to train harder and did not know how much training was enough. I wish we had the kind of even tracks and guidance we have today in our days,”

In his later years, he was a regular in walking the course when his golfer son Jeev played the Indian Open, the country’s flagship golf event. In fact, golf became his second love after running. “There is a similarity between golf and running,” he would say, adding, “in both, your rivals don’t stop you from doing what you are capable of doing. In other words, in both these disciplines, you ‘run’ your race.”