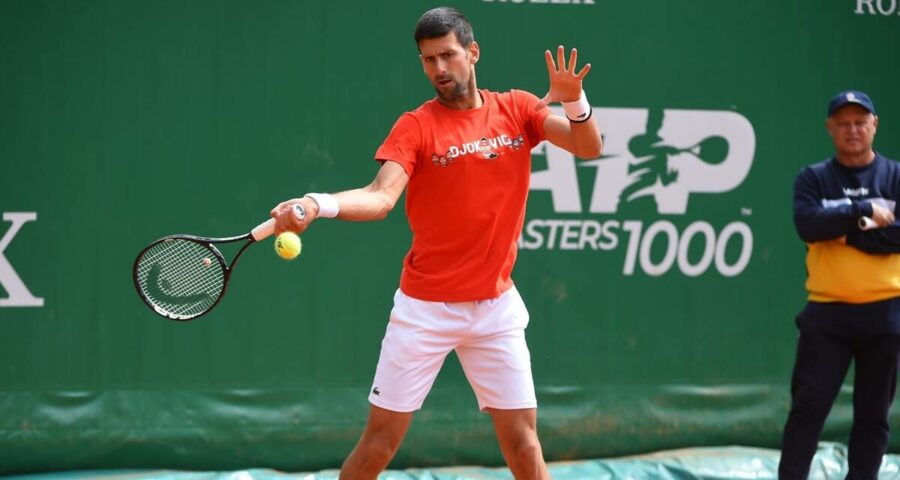 Facing a stern test in his first competitive match since his ninth Australian Open win, Novak Djokovic eased into his clay-court routine to reach the third round and improve his unbeaten record. Novak Djokovic produced a clinical 6-4, 6-2 win over up-and-coming Jannik Sinner at the Monte Carlo Masters on Wednesday, making a successful return to clay.

Facing a stern test in his first competitive match since his record-extending ninth win at the Australian Open, the two-time Monte Carlo champion eased into his clay-court routine to reach the third round and improve his unbeaten record this season to 10-0.

After dropping his serve early, the top-ranked Djokovic won four straight games to take control of the match.

Sinner, who arrived in Monte Carlo on the back of a runner-up finish at Miami, saved two match points but was too often put on the back foot by Djokovic’s mix of baseline attacks and subtle drop shots. The 19-year-old Sinner bowed out on a double fault and Djokovic hit a total of 20 winners.

The clay-court tournament is back on the calendar with no fans attending after it was canceled last year because of the coronavirus pandemic.

Defending champion Fabio Fognini also advanced to the third round with a 6-3, 6-3 win over Jordan Thompson. Also, Casper Ruud earned his second top 10 victory with a 6-3, 6-3 victory against ninth-seeded Diego Schwartzman.

Djokovic, who beat Rafael Nadal in the 2013 final and won the tournament again in 2015, could face the Spaniard in Sunday’s final. Nadal, who seeks a record-extending 12th title here, was scheduled to take on Argentine qualifier Federico Delbonis later Wednesday.