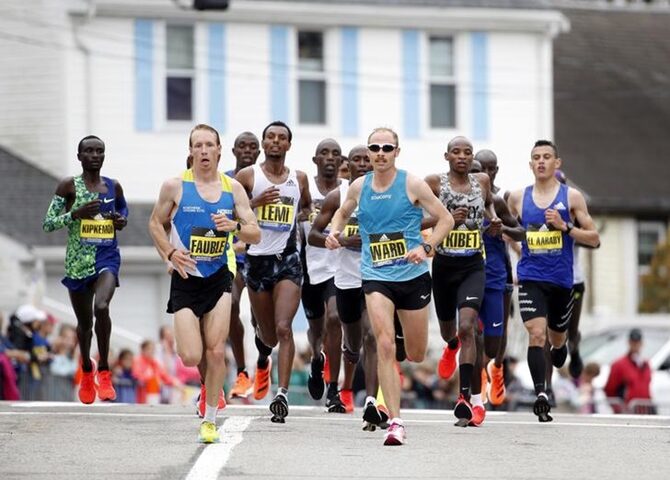 Nonbinary athletes will be able to compete in next year’s Boston Marathon without having to register in either the men’s or the women’s divisions, organisers for the United States’ most popular running event said.

Registration for the April race opened on Monday. The Boston Athletic Association (BAA) said the application allows runners to select nonbinary with regard to gender, making the race the latest nationwide to open such an option.

Nonbinary athletes who have previously completed a marathon as a nonbinary participant will be eligible to submit an application selecting the new option, the BAA said on its website.

“Discussions are ongoing with nonbinary athletes in an effort to further promote inclusion at all BAA events,” the group said.

The Boston Marathon regularly features star-studded slates of Olympic medallists from around the world, leading a pack of 30,000 runners from the city’s western suburbs to a finish line in its historic Back Bay neighbourhood.

The 2023 race will mark the 10th anniversary of the deadly 2013 Boston Marathon bombings.

Runners hoping to compete in the annual race are required to meet strict qualifying times. The BAA said that because it does not yet have enough data to establish nonbinary qualifying times, it will use standards applied to the women’s division.

“As we prepare for future races, participants can expect nonbinary times to be updated accordingly,” the BAA said. It was unclear whether the BAA has a policy for applications from transgender runners.

Over 200 races nationwide have added a nonbinary division for participants, according to Jake Fedorowski, a runner who created an online guide https://nonbinaryrunning.com to nonbinary inclusion in the field.

The Brooklyn Marathon and Half Marathon, another popular running event, had over 80 finishers in the nonbinary division of its April 2022 races, according to its website.

Canada’s Zheng Xiao Hui was the 83rd and final endurance runner to finish the gruelling Whistler Alpine Meadows 100-mile race but there were only smiles after he crossed the line to beat the cut-off time with zero seconds to spare.

The 161-kilometre race takes runners through two major mountains in Canada’s Whistler valley with over 9,000 metres of elevation gain and temperatures dropping dangerously close to zero degrees in the alpine regions.

The men’s category was won by John Maxwell who completed the course with an incredible time of just over 23 hours, which made the cut-off time of 48 hours pretty generous — but not so for Zheng.

As the race approached the 7am cut-off time, Zheng crossed the line on Blackcomb Mountain just as the clock struck 48 hours, zero minutes and zero seconds — exhausted but beaming after having cut it very fine.

Nearly 30 participants did not finish the race, which did not allow runners to have pacers.

Three years ago, another runner Chihping Fu had crossed the line with three seconds to spare.