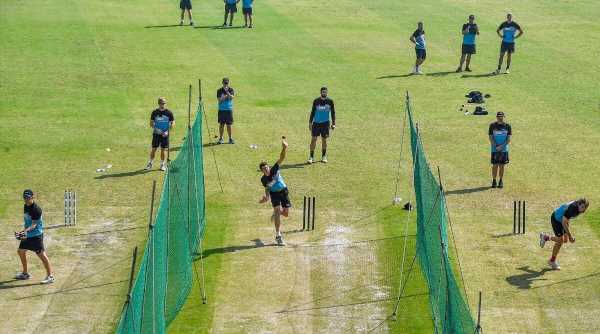 Kumar has been in charge of Green Park track for a long time and claimed that they have prepared a track which will last for more than three days. The 22-yard strip at Green Park track which will be used for the first Test between India and New Zealand may be devoid of any grass but won’t show ready signs of wear and tear, insists local curator Shiv Kumar.

There has been instances when instructions about certain specific types of pitches had come from the team management but Kumar said that this time neither coach Rahul Dravid nor skipper Ajinkya Rahane had any specific demands.

“Neither did we get any instruction from BCCI nor did anyone from the team management contacted me asking for a rank turner. I have prepared a pitch keeping guidelines for a good pitch in mind,” Kumar, who has been around for last two decades, told PTI.

Kumar has been in charge of Green Park track for a long time and claimed that they have prepared a track which will last for more than three days.

“There would be some amount of moisture as you expect in the month of November at this part of the world. However I can assure you that it is a firm track and won’t break down easily,” Kumar said.

While the last Test at Kanpur between India and New Zealand in 2016 lasted till fifth day, there had been a trend over past few years where the visitors have been presented with rank turners and matches ending inside three days.