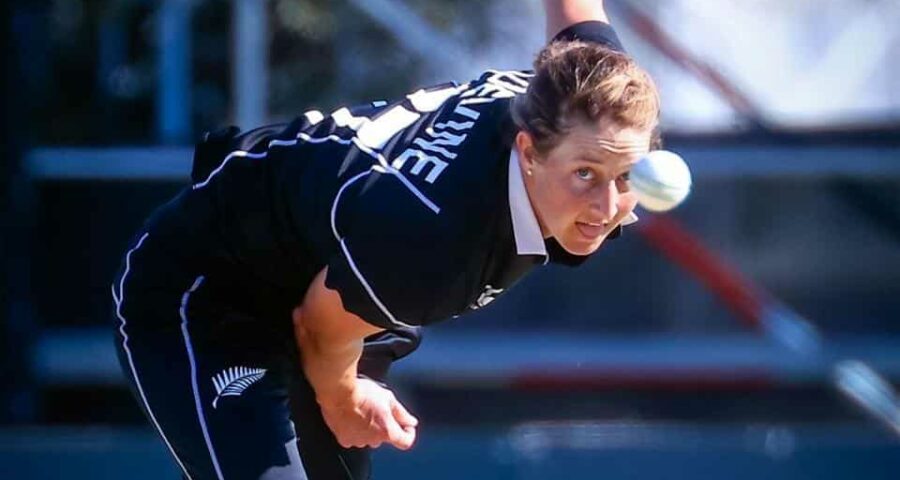 Sportspersons checking into bio-bubbles the world over often carry with them little personalised things. Think of the many social media posts of athletes who put up pictures of cookies, chocolates, snacks, books and playstation to fulfill their cravings in isolation. For New Zealand women’s cricket team captain Sophie Devine though, the checklist of must-carry items also includes sensors and glucometers.

The 31-year-old all-rounder has Type 1 diabetes, a condition she has lived with since she was diagnosed at the age of 15. Not just lived, she has played two sports—hockey and cricket—at the elite level. Devine mastered the challenge of not letting diabetes get the better of her with strict diet and fitness routines while accepting the condition as part of her daily life.

For inspiration, she need not look beyond former New Zealand batsman, Craig McMillian, who was also diagnosed with Type 1 diabetes in his early teens. He always carried jellybeans in his pocket, if sugar levels dropped while playing. Pakistan pace legend Wasim Akram too found he was diabetic well into his international career. He could occasionally be seen munching a bar of chocolate on the boundary to keep a check on the sugar levels.

The coronavirus, however, has brought with it a new challenge for diabetics. People with underlying medical conditions like Type 1 diabetes are known to be more vulnerable to the threat of the virus. That didn’t stop Devine from getting back to cricket at the first chance amid the pandemic.

She took part in the Women’s Big Bash League (WBBL) held in October-November in Sydney, captaining Perth Scorchers to the semi-finals of the world’s top women’s T20 league. The White Ferns skipper showed her quality in the 2020 WBBL edition despite a long layoff forced by the pandemic. Devine scored 460 runs in 12 matches at an average of over 51 and a strike rate of 126.37. She hit one century and three fifties, and took six wickets at an economy rate of 7.28.

Devine religiously followed that routine to monitor her blood sugar levels during quarantine and in the WBBL bubble and during the tournament from October 25 to November 28.

“I carry a small case which has all my diabetes equipment and medication and this goes with me everywhere. I am used to being away for extended periods of time so I know how to prepare for that,” Devine said in an email interview.

Being in isolation for almost two months, away from home, with the fear of the virus amplified due to her condition must surely have evoked doubts before she signed up to play cricket again?

“No apprehensions,” said Devine, who has played 108 ODIs and 94 T20Is since her New Zealand debut in 2006. “Like everyone else at the start of the pandemic, there was a lot of unknown about the virus, so there was a certain element of fear. However, it was important to listen to the expert’s advice and follow the simple guidelines.

“Being in a bubble life is like being on tour so I’ve had good practice. It was no more difficult than any other day. I just had to make sure I’ve got good supplies of all the medications I might need.”

And a constant check on her diet, which the nutritionists with the Scorchers and WBBL took care of. “With the WBBL bubble, the food was very well catered for and approved by nutritionists, so I could be comfortable in the fact that it was going to be of high quality. My routine around monitoring blood sugar levels is pretty second nature now, so it doesn’t change too much,” said Devine, who last February became the only cricketer—male or female—to score six consecutive 50-plus scores in T20s.

After an initial battle of accepting the consequences of diabetes, Devine’s parents pushed her to continue playing sport, refusing to let their daughter get beaten by the condition. In 2006, she earned her international cricket cap, and three years later was selected to play for the Black Sticks, as the New Zealand hockey teams are called. Switching between the two sports at the top level was not sustainable and Devine turned her undivided attention to cricket from 2011.

In all those years playing two sports with diabetes, Devine made sure there was no let up on fitness work. The lockdown months and quarantine days posed tricky questions on that front, but Devine found the means despite not having the traditional tools.

“Our trainers did a great job in creating workouts that required little or no equipment. Body weight exercises, plenty of running and yoga were things that kept me going. Staying as fit as possible was absolutely important, not just because of my diabetes but also just being an athlete,” Devine said.