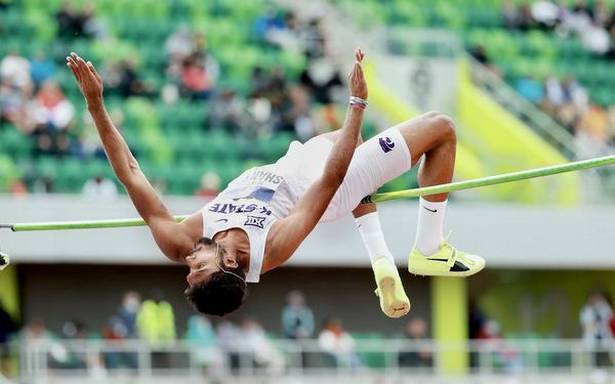 Shankar, who was representing Kansas State University in the meet, is currently 55th in the Road to Olympics rankings and his NCAA performance is likely to improve his position by only three rungs since it is a category ‘C’ meet in the World Athletics list.

The National inter-State championship, which begins in Patiala on June 25, is a category ‘B’ event and offers more points.

Shankar, the Indian record holder with 2.29m, will automatically qualify if he clears 2.33m, the entry standard for next month’s Olympics.

Sixteen jumpers have already achieved that height. There are 32 spots in the high jump in Tokyo and the rest of the places will be decided through the Tokyo rankings. The qualification doors close on June 29.

American JuVaughn Harrison, the 22-year-old who is currently No. 2 in the long jump world list with 8.44m, retained the NCAA title comfortably with 2.33m.

Harrison, who has a personal best of 2.36m, went for 2.39m next but failed in all his three attempts. He finished with a double, having won the long jump title earlier with 8.27m.m