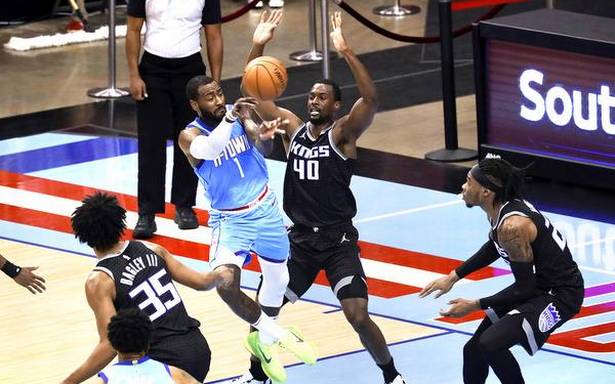 James Harden scored a game high 33 points and John Wall finished with a double-double in his first game since 2018 as Houston Rockets beat Sacramento Kings 122-119 on Thursday.

Wall tallied 22 points and nine assists for the Rockets, who were also playing their first game with DeMarcus Cousins and Eric Gordon. Wall was acquired from Washington Wizards for Russell Westbrook.

Harden sank two free-throws late in the game as the Rockets held on for the win. Kings had a chance to tie it but missed two threes in the final seconds in front of a crowd of 3,200 in Texas.

Harden also had eight assists and six rebounds in the first game of a two-game set with the Kings.

Embiid scored all his points in just three quarters for the Sixers who sank eight of their first 12 attempts from three-point range in front of 3,000 fans at the Amway Center in Orlando.

Elsewhere, Toronto Raptors posted its first win of the season, putting a halt to a worst start in 15 years.