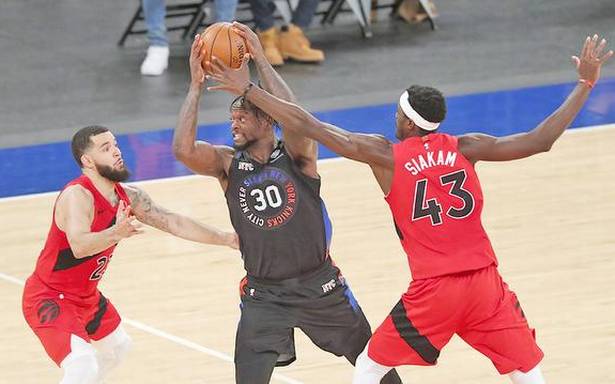 Mavericks come from behind to beat the Lakers

The Knicks are in the midst of their longest winning streak in eight years, since they won 13 straight in the 2012-13 season.

RJ Barrett scored 20 of his 25 points in the second half and had 12 rebounds and Derrick Rose chipped in with 19 points for the Knicks, who also won their seventh consecutive home game.

The Knicks improved to 34-27 on the season and are six and a half games behind the first place Brooklyn Nets in the Eastern Conference. The 12th place Raptors dropped to 25-35.

In Dallas, Luka Doncic finished with 18 points, 13 assists and eight rebounds as the Dallas Mavericks came from behind to defeat the Los Angeles Lakers 108-93.