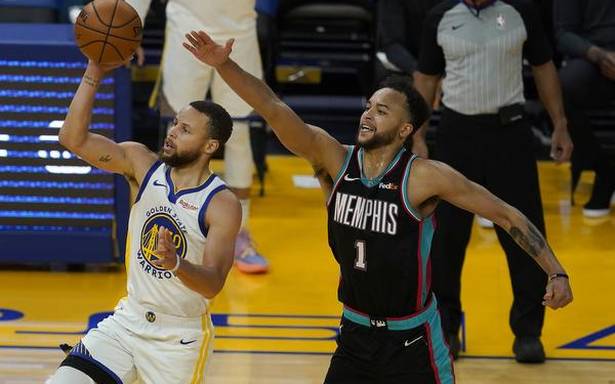 Utah Jazz claimed top spot in the playoffs with league’s best regular-season record (52-20), Stephen Curry captured the scoring title, and defending champion Los Angeles Lakers settled for a spot in the play-in round as Sunday’s final day of the regular season saw all 30 NBA teams in action.

LeBron James scored 25 points as LA Lakers beat New Orleans Pelicans 110-98 but the win wasn’t enough to get the Lakers directly into the playoffs.

Lakers, which finished seventh for a place in the play-in tournament that begins Tuesday and ends on Friday, next plays on Wednesday against Curry’s Golden State Warriors, who have won six in a row.

Elsewhere, the Jazz claimed sole possession of the No. 1 spot in the NBA playoffs, with the best for the first time in franchise history by beating Sacramento Kings 121-99 behind a 33-point performance from Jordan Clarkson. The Trail Blazers earned the upper hand in the race for the sixth and final direct playoff spot with a 132-116 win over the Nuggets.

In the East, Kevin Durant delivered 23 points as Brooklyn Nets seized the second seed in the conference with a 123-109 victory over Cleveland Cavaliers.

Washington rallied to beat the Charlotte Hornets 115-110 to set up a play-in tournament clash with the Boston Celtics.