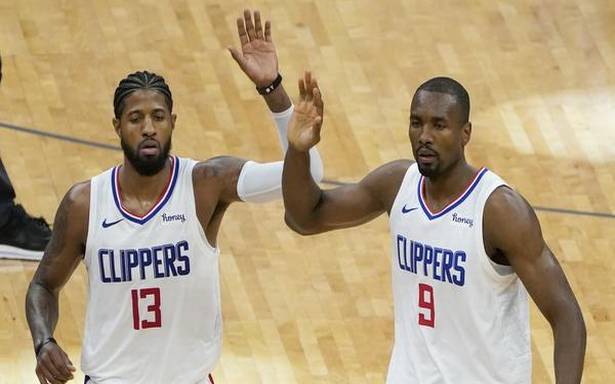 Paul George bounced back from a sub-par contest (against Brooklyn Nets) and used it for motivation as Los Angeles Clippers beat Cleveland Cavaliers on Wednesday to avoid losing consecutive games for the first time this season.

George drained a season-high eight threes en route to 36 points as the Clippers crushed the Cavaliers 121-99 to remain the only team in the NBA not to have suffered back-to-back defeats.

Kawhi Leonard scored 24 points and Croatia’s Ivica Zubac delivered 10 points and 16 rebounds off the bench for the Clippers, who finished 4-2 on the road trip.

In Milwaukee, two-time reigning NBA most valuable player Giannis Antetokounmpo delivered a triple-double of 21 points, 14 rebounds and 10 assists to fuel the Bucks’ 130-110 rout of Indiana Pacers.

Antetokounmpo connected on seven of eight shots from the field and seven of eight from the free-throw line, and the Bucks led from wire-to-wire, taking a 106-72 advantage into the final period.

Domantas Sabonis led the Pacers with a career-high 33 points and 12 rebounds, but Indiana, coming off Tuesday’s 134-116 victory over Memphis Grizzlies, couldn’t slow a Bucks team that made 21 three-pointers.