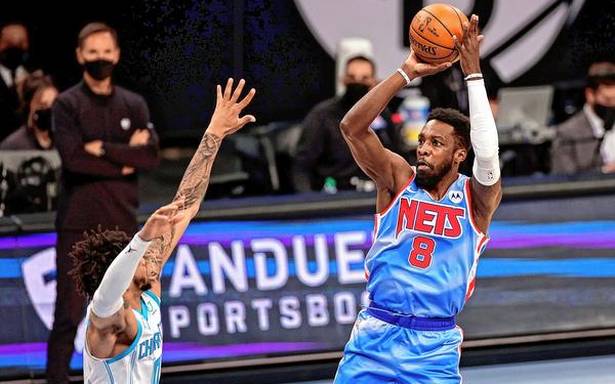 Jeff Green scored a team-high 21 points as Brooklyn Nets became the first Eastern Conference team to win 20 home games this season with a 111-89 rout of Charlotte Hornets on Thursday.

Kyrie Irving tallied 15 points and 11 rebounds and Landry Shamet and Tyler Johnson scored 17 and 15 points respectively off the bench for the Nets, who won despite missing all-star James Harden.

Harden suffered a hamstring injury on Wednesday and sat out the fourth quarter in the team’s come-from-behind win over Houston Rockets. Philadelphia 76ers kept pace with the Nets for the number one seed in the standings, wrapping up its six-game road swing on a winning note by beating Cleveland Cavaliers 114-94.

Trae Young scored 15 of his 28 points in the two overtime periods as the Atlanta Hawks outlasted the San Antonio Spurs 134-129 in a double-overtime thriller and Jamal Murray scored 23 points and the Denver Nuggets led wire-to-wire to beat the Los Angeles Clippers 101-94.