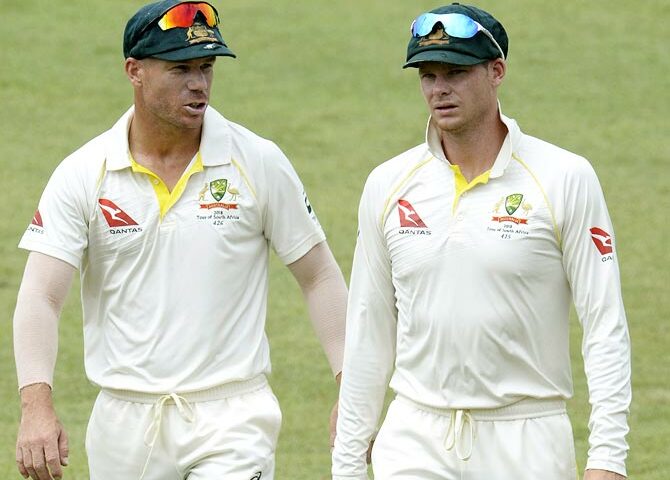 In an interview with Fitzy & Wippa, Warner gave an insight on what it’s like to be staying in the same hotel as Smith and how bad it can get if he’s in the room above you.

‘A little insight to Steve Smith when you’re in a hotel room. If he’s above you, you ain’t sleeping. All you hear is the tapping all the time. You think it’s the cleaners coming in at midnight. You’re like, “Nah, that’s just Steve testing his bats”,’ Warner disclosed.

‘He likes to feel the weight, but he likes to close his eyes, and yeah, that’s how he does it.’

‘It’s just so common, Steve, that he put his whites on to actually work out if his thigh pad was going to fit in his pants. I’m worried about my box, not my thigh pad,’ Warner quipped. 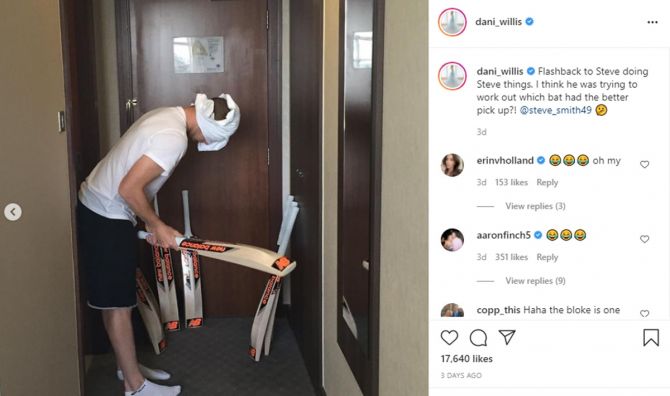 Last week, Dani Willis, Smith’s wife, posted photos of her husband testing the weight and the pick-up of his bats with a blindfold on.

‘Flashback to Steve doing Steve things. I think he was trying to work out which bat had the better pick up?!’