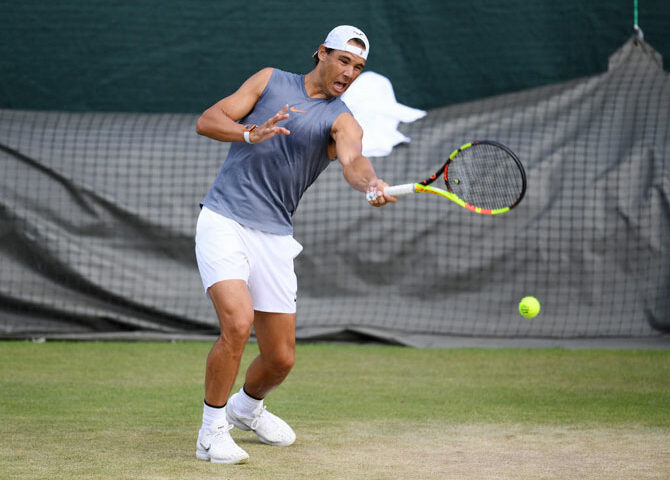 Rafael Nadal said on Friday that he intends to compete at Wimbledon later this month when he will attempt to win a record-extending 23rd Grand Slam title.

After winning both the Australian and French Opens this year, Nadal, who turned 36 earlier this month, told a news conference that the pain has eased in his injured foot and he will travel to London on Monday to start his preparation for the tournament.