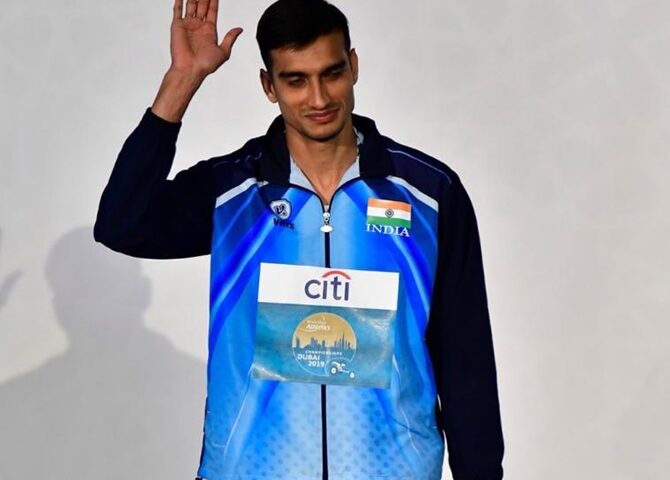 Indian Paralympian Sharad Kumar on Thursday, expressed concern for his Ukranian coach after Russia announced a military operation in Ukraine on Wednesday.

The Arjuna Awardee is coached by Ukranian Evgeny Nikitin.

‘Just spoke to my coach in Ukraine Kharkiv , he is worried , he can hear bombing from his room, he is planning to move to his garage underground,’ the Tokyo Paralympics bronze medallist and high jumper tweeted on Thursday.

Multiple explosions were heard near the main airport in the Ukrainian capital of Kiev early Thursday, with media reports indicating several explosions in the Boryspil area to the east of the capital.

According to CNN, at least two massive explosions were reported in the early hours of Thursday.